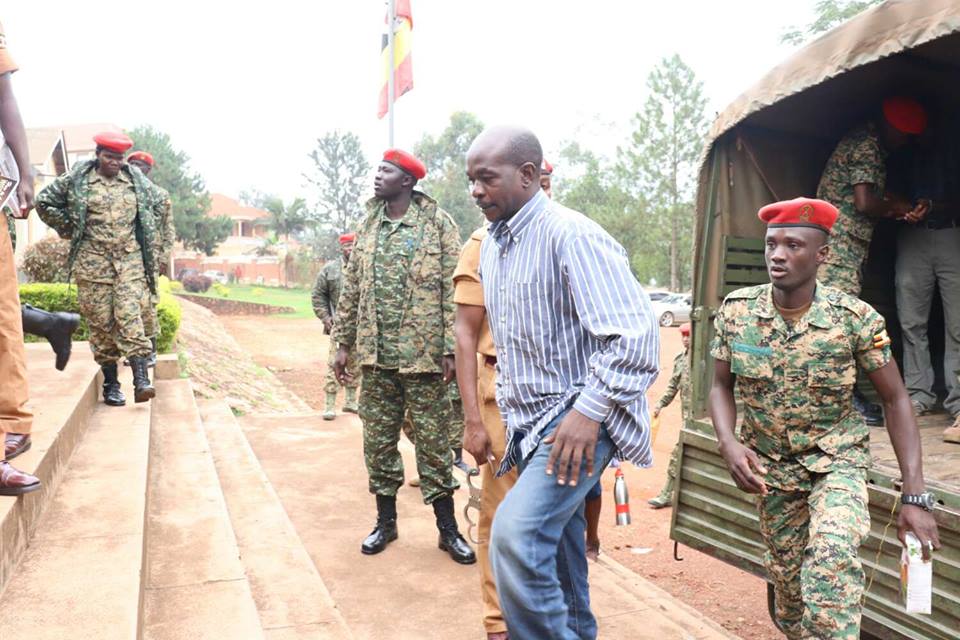 The Minister of Internal Affairs Gen (rtd) Jeje Odongo has noted that  the government cannot release the former Commandant of the Police Professional Standards Unit, ACP Joel Aguma, before a comprehensive determination of his charges.

Despite alarms by Dokolo South Legislator Felix Okot Ogong to have the” son of Lango” released, Gen. Odongo said there was no way Aguma would be released before a comprehensive determination of his charges.

Mr. Ogong said that the Family of Aguma together with members of the Lango community are seeking intervention from Parliament to have Aguma released after his illegal detention for close to two years at Makindye Military Barracks.

ACP Aguma was arrested on more than one charges and  he awaits a court process.

In response Gen. Odongo revealed that it is wrong to release Aguma when his case is still ongoing and would demand his presence adding that the people of Lango should be patient because time will come and his cases will be dismissed and certainly the process of law will determine his next direction.

ACP Aguma was arrested in 2017 together with Nixon Agasirwe and six other senior police officers on charges of kidnap, illegal repatriation of Rwandan Political refugees and being in unlawful possession of military weapons and are currently facing trial in the Court martial.

Early 2018, The High court in Kampala suppressed Aguma’s trial in the military doctrine, and awarded him a shs200m fine for trauma and other damages.

Mr Ogongo tasked Governemnt to  inform the People  of Lango in regards to their intentions by keeping Aguma  in detention up to this time with no explanation; two years down the road, he cannot  be accessed with his whereabouts unknown.