Someone is trolling Museveni over “security” 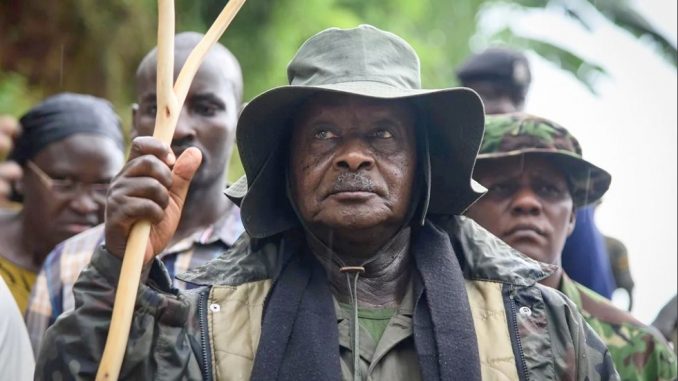 Less than 24 hours after President Yoweri Kaguta Museveni declared at the World Economic Forum in South Africa that “Uganda is the safest place for any investor to inject their money and offers immense business opportunities. If there is a place where you can easily make money, it is Uganda. The place is secure. That is why we host 1.4 million refugees,” a gruesome murder of a highly placed Rwandan citizen has taken place!

If this is not enough to prove that someone is trolling the head of state then what more evidence do we need?

As Museveni ages, it is becoming clearer that he probably does not have it all together! Things are increasingly falling apart before him. He is now forced to react to issues as they happen rather than have a grip on issues as he used to in the past.

What must be hurting Museveni the most is that those who seek to undermine him and his government have chosen the issue of security which for decades and decades, the old man has boasted about. Today, from minute to grande acts of insecurity, each day Uganda is shown as a country steadily growing insecure.

As we speak, Museveni is in Tanzania for the Tanzania Uganda Business Summit whereas he did in South Africa, he is expected to declare Uganda open and secure for business. It, therefore, must be disheartening for Museveni to be woken up at 12 am with news from home that a major cold blood murder has taken place just a few kilometres from his State House in Entebbe.

Political commentator Tamale Mirundi has always horned the argument raised by former officers of Museveni government like Gilbert Bukenya who decried the existence of mafias in the NRM government. Have the mafias finally set their eyes on Museveni’s presidency?

For now, all we can say is that there seems to be an unstoppable trend of events set in motion in this country. We can only hope the country does not slide back in the old past anarchy.

President Yoweri Museveni has said Uganda is the safest place for any investor to inject their money, underlining that the East African nation, best known as the Pearl of Africa, offers immense business opportunities…https://t.co/tCWEEeqhTD#VisionUpdates pic.twitter.com/lGxl9FNAir