Tragedy as two infants are burnt to death in a house fire. 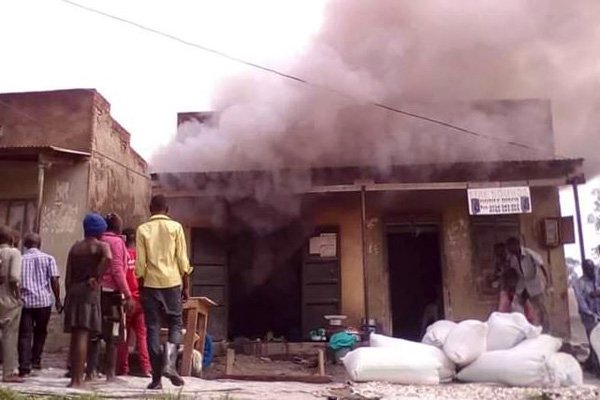 Another fire has razed a house in Katerera town council, Rubirizi district, leaving two people dead. The two, both infants, have been identified as Trump Abaasa, 5, and Pauline Owomugisha, 3.

“Preliminary investigations indicate that fire gutted the house at about 10.00am on Friday when one of the children was playing with the matchbox by lighting fire from it, before it gutted the house and they died on spot. The mother had left them in the house to go and operate her usual business in the same town,” Mr Tumusiime said.

Efforts by residents to rescue the children from the blistering fire flames were futile as they could not contain the fire. “We tried to rescue them, but it was already too late. They did not take long to die,” Mr Herbert Tuwmesigye, a neighbour, said.

This latest incident comes just days after a fuel tank explosion incident that happened on August 18, 2019 when the tanker overturned at Kyambura trading center in the same district, killing more than 20 people.

Rubirizi District has no police fire fighting unit and has to depend on neighbouring districts or the efforts of the people who fight fires using local means.