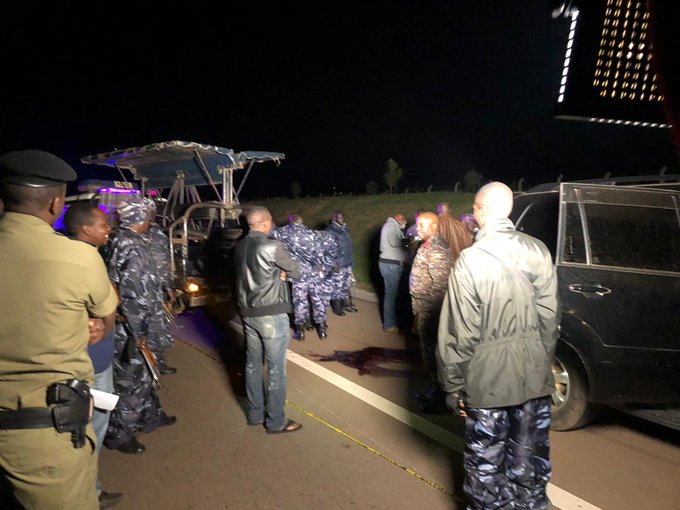 Mistry and shock continue as the families of the Entebbe Expressway murder continue to face the reality of the passing of their loved ones.

Mark Rugyenza, the husband of the late Melina Tumukunde did not expect his wife in Kampala. In an interview with the New Vision, Rugyenza revealed that he had travelled with the wife from Kampala to Mbarara on Tuesday.

“I then travelled back to Kampala on Wednesday leaving her at home in Mbarara. But I am now getting to learn that as soon as I left, she teamed up with friends and travelled to Kampala without my knowledge,” Rugenza, the owner of Desert-bar in Mbarara and Gabs Lounge in Bugolobi said.

He further intimated to the newspaper that he was called on Thursday night and informed that his wife had been shot dead in Kampala.

“I quickly called a friend in Mbarara to go and check at home and see whether she was actually there. The friend later called and informed me that she didn’t spend the night at home.

Tumukunde was gunned down together with Joshua Rushegyera Nteireho at Nambigirwa Bridge in Kajjansi town council along Entebbe-Kampala expressway, as they headed towards Entebbe. Security investigations so far reveal that the duo was shot by somebody who was travelling with them in the same car.