“My oil money will not be for nyam nyam” Museveni says 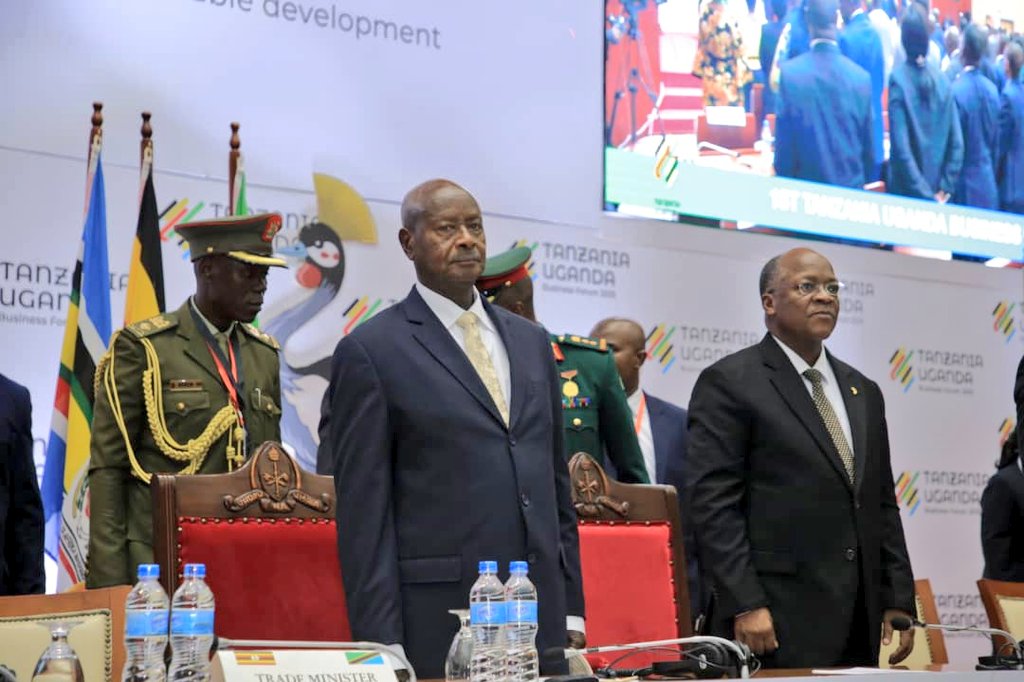 President Museveni made a number of remarks this week regarding the oil and gas resource as he attended the Uganda Tanzania Business Forum 2019 at the Julius Nyerere International Convention Centre in Dar-es-Salaam, the Tanzanian capital. The First Lady and Minister of Education and Sports Hon. Janet Kataha Museveni was among other cabinet ministers and private sector officials at the forum.

“Under my leadership, money from oil will not be used for consumption or salaries. Why? Because it is a resource that is exhaustible and finite. One day there will no longer be oil. That is why I insisted that money from these resources should only be used to create durable capacity for the Ugandan economy namely; build power dams, irrigation schemes, the railway, scientific innovations and some aspects of education,” he said.

Mr. Museveni also said that East African governments are working aggressively to boost power generation. He said that Uganda’s total power generation will soon be 2,000 megawatts which will ensure reliable power supply, transmission and the lowering of power costs for manufacturers.

President Magufuli described the 1st business forum between Uganda and Tanzania as a historical occasion. He thanked the organizers for setting up a good event and his counterpart Museveni for honouring the invite.

“The cooperation between Uganda and Tanzania has been in existence since time immemorial, even before colonial time. The borders cannot separate us. We shall continue working together in development,” he said.