One year later: Museveni is not burdened with knowing Kirumira’s secret 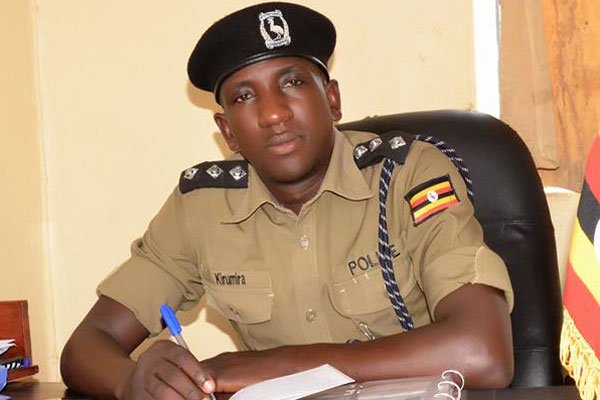 On September 8, 2018, unidentified gun men trailed and shot former Buyende District Police Commander Muhammad Kirumira to death together with a female friend, Resty Nalinya Mbabazi, near his home in Bulenga along Mityana road.Kirumira was reportedly returning from a party at Resort Park before he was intercepted by assailants riding on a motorcycle splashing his car with several bullets. After the assassination, residents tried to rush the two people to hospital but it was too late.

Kirumira and colleague succumbed to bullet wounds, Kirumira’s black Toyota Corona registration number UAJ 228V had its rare windows and the front glass shattered, tyres deflated and body riddled with bullets holes, symbolic of the grudge is assailants held against him.

The outspoken officer had on several occasions warned that specific people wanted him dead because he had fallen out with senior officers in the force and they were afraid he would reveal their black deal secrets.

“Unknown people are trailing me from one place to another, with no clear motive. I am trying to fix a solution. Inform one another. I have now connected dots on this surveillance on my movements, these are associates of some officers facing various charges in a military court and possibly some friends of Kitatta camp.” Kirumira noted

Unfortunately pleas to meet Museveni were unsuccessful, Before Kirumira’s death, he had cried out to President Museveni for a meeting caliming that he had highly classified intel that would be of benefit to the President but the meeting did not come to pass.

The president and Kirumira only came close to meeting each other when the former visited the latter’s death scene and while at the scene Museveni was confronted by one of the resident saying Kirumira would alive if the President had not shunned him away.

Before Kirumira came the famous Yellow man Col. Ibrahim Abiriga the Arua Municipality Legislator who was also murdered in broad day light had cried his lungs out in abid to meet Museveni but his efforts were unsuccessful until he met his fate.
After Abiriga came Kirumira who had unclassified information to meet the president but his pleas fell on a deaf ear until he was assassinated ending his life on earth.

A year later Kirumira’s Father joined the queue to meet Museveni but his pleas have also been overshadowed, Abubaker Kawooya Kirumira’s father says he has called for meeting with the President saying he only wants to relay his son’s secrets to him but efforts have been frustrated.

“I pray the president keeps the promise of meeting him. He promised we will meet and I pray this happens. I want to express myself to him and tell him what my son asked me to tell him. Kirumira told me I should keep this secret until I am face to face with the President, but the meeting is not happening,” Kawooya laments.

Is the president interested in knowing this secret, I don’t think so but every day that passes Ugandans continue to live at the mercy of God with hope that they will see another day come and pass. Unfortunately as fate is, some are kidnapped and murdered, others are assassinated and the latest assasintion was of Museveni’s nephew at the Entebbe express high way. To make matters worse Police has never given any solid report on all the assassinations around the country.