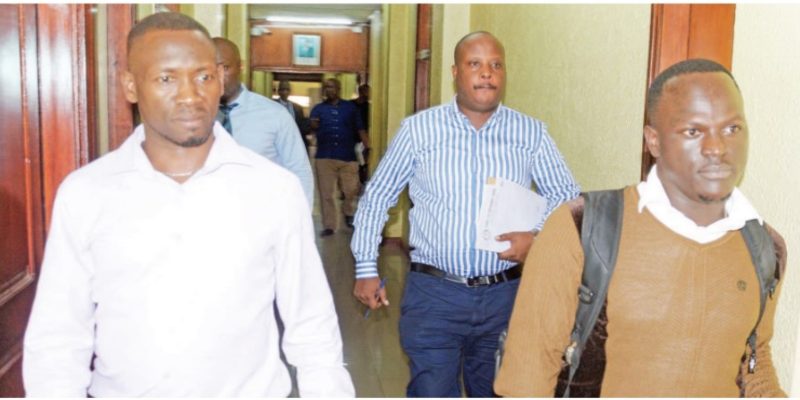 Two senior managers of Middle East consultants have been arraigned before court and charged with human trafficking.  The two, Benon Kunywana, 36, and Godfrey Kyalimpa, 48, who were charged before Entebbe Grade one magistrate Phiona Birungi. with four counts of human trafficking.

Middle East Consultants is a labour export company that deals in taking people to arab countries for work. The two managers were remanded to Kigo prison till 11th September when their case comes up for mention.

Prosecution alleges that on February 12, 2019, both Kunywana and Kyalimpa, between Kampala and Entebbe international airport tried to traffic 50 people out of the country contrary to Prevention of Trafficking in Persons Act 2009. They are also charged with forgery of documents and signatures from the ministry of Gender Labour and Social Development contrary to Section 349 of the Penal Code.

While appearing before court, they denied all charges. They were arrested on August 20th, 2019 by the State House Anti-corruption unit.