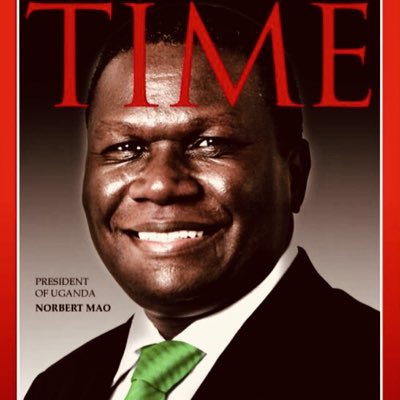 Norbert Mao is a veteran politician who has served in several capacities from Member of Parliament to District Chairperson before settling into the Democratic Party Chairmanship. Currently, he is also the leader of the DP Block political coalition of some opposition political party and reigning chairperson of the National Dialogue platform.

Despite his time in opposition politics, Norbert Mao is looked at with suspicion and many have doubted his allegiance or will to have Museveni out of power. At the time, rumours were in circulation about his wife Naome being an employee under Museveni’s State House, claims he strongly denied.

Those commenting on Norbert Mao’s social media antic to label himself as President of Uganda brush it off as a mere childish play. They believe that Mao should concentrate on building his party and strengthening his base rather than photoshopping himself unto Time Magazine covers.