Pope Francis sends a prayer for peace & harmony in Uganda. 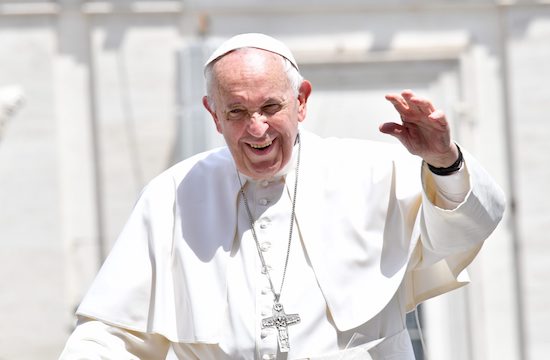 As the country is grappling with a rising wave of insecurity, His Eminence Pope Francis has written a personal letter to president Yoweri Kaguta Museveni, praying for peace an harmony in the country. The pope’s message was conveyed as he flew over the country on his way to Mozambique.

Mr. Museveni broke the news of the receipt of the letter on his social media pages. He wrote:

“I have received a message from his Holiness Pope Francis.
Thank you, Your Holiness for your prayers, wonderful wishes and blessings upon Uganda and its people. May the lord accompany you and manifest himself through your works.”

The security situation in Uganda is worrying with increased kidnaps and murders of people. Also, the rates of crime have gone up, especially in the urban areas. Many robberies have been reported and the police force seems overwhelmed by the wave of crime.

In such a situation, the pope’s prayer is a timely ray of hope.