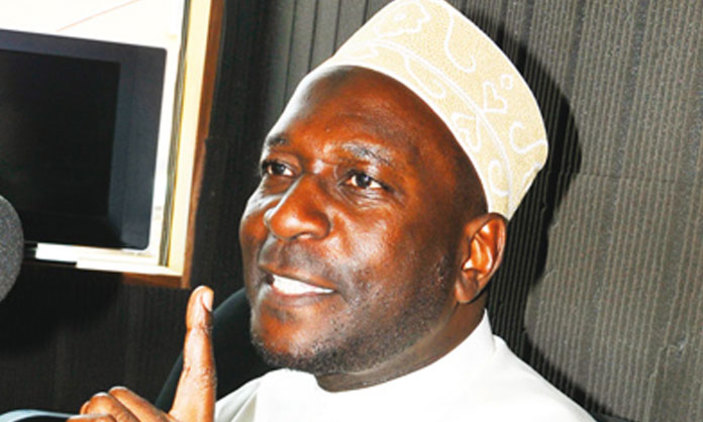 A voice recording is circulating over social media in which the spokesperson Kibuli Muslim faction, Sheikh Nuhu Muzaata is lashing out at NRA bush war heroes who constantly remind Ugandans of their sacrifice.

“We are tired of those words ‘we fought, we fought’ so what if you fought? Who sent you to the bush? You went to the bush because you wanted to chase your deals and you have eaten enough…so stop threatening Ugandans,” he says.

Sheikh Nuhu Muzaata’s comments come a few weeks after Gen. Elly Tumwine told Parliament to respect the bush war generals because they sacrificed a lot for this country.

General Tumwine has since made it a habit to remind Ugandans or whoever is listening of the sacrifice that they made. He even goes as far as pointing out that some of them lost even their eyes.

Muzaata cautioned the bush war heroes to stop taking Ugandans for granted because nobody sent them to the bush.

“They should stop intimidating Ugandans. People are tired of this regime, Tear gas is used to scare away people claiming that they fought, they fought, we will not accept that at all,” the controversial cleric said.

Sheikh Nuhu Muzaata warned those in power who think they own this country to think twice because so many prominent people who had almost everything in the previous regimes are no more. He added that times change as fast as chameleons.

“In this generation, people can talk arrogantly, remember Abdullah Kitatta had a chance to share and walk with princes and princesses, he thought he is one of them yet he was a nobody,” he added.

Muzaata revealed that religious leaders are being threatened and gagged by state and its agents from commenting on politics which he believes is wrong.