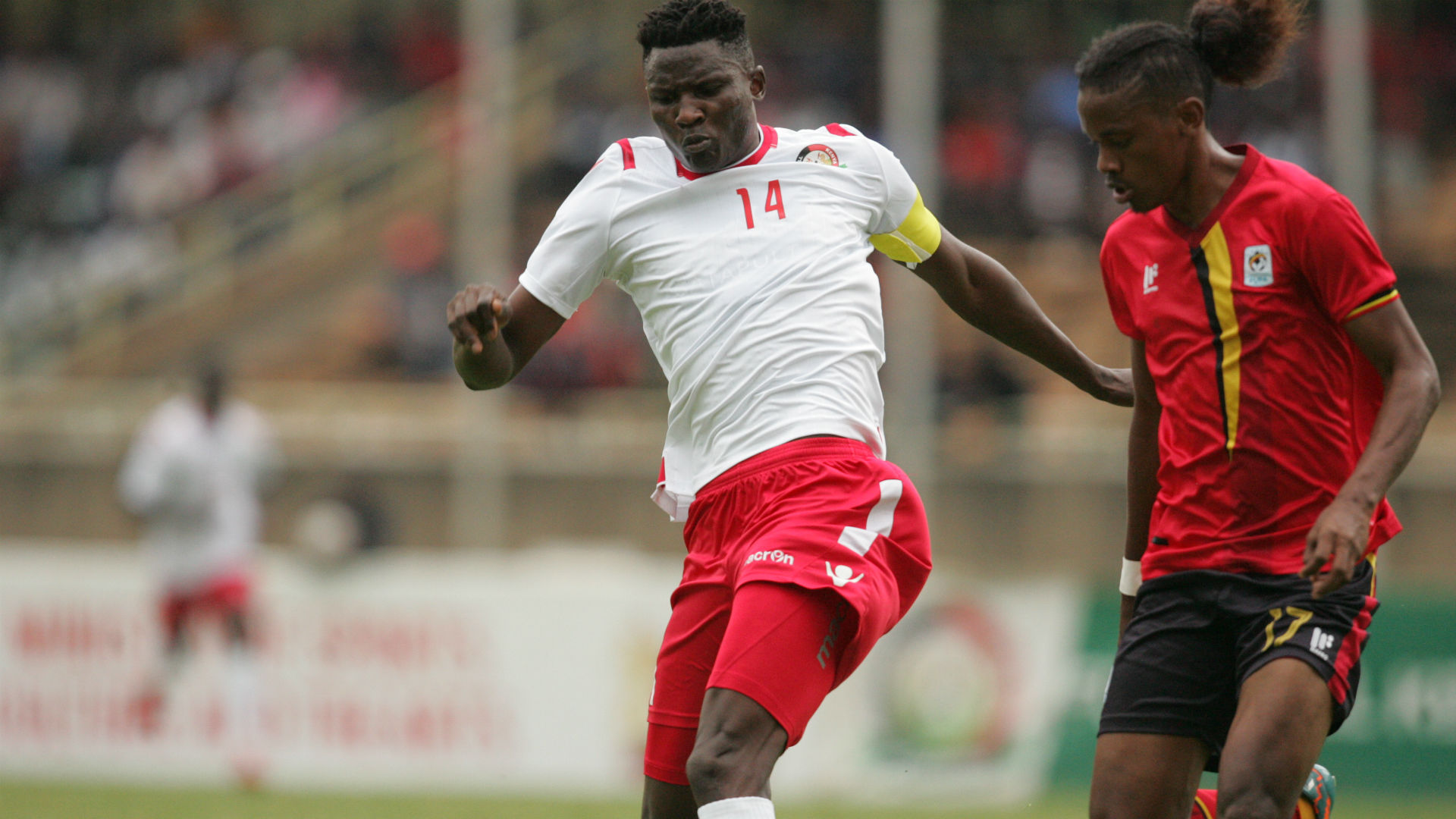 Kenya and Uganda have engaged to a 1-1 draw in a friendly match played at Kasarani Stadium on Sunday.

Emmanuel Okwi scored the first goal of the match to put Uganda ahead before Kenya fought to equalize in the early stages of the second half via Kenneth Muguna’s effort.

Kenya were the first team to create a clear chance when Muguna’s sleek pass found an advanced Michael Olunga, but the Kashiwa Reysol striker was unable to quickly get his act together before he was robbed by goalkeeper Charles Lukwago in the third minute.

Mustafa Kizza squandered Uganda’s first chance in the sixth minute when his shot went wide after making his way past defender Michael Kibwage at the edge of the box.

Kizza shot slightly wide although keeper Patrick Matasi was the only remaining hurdle between him and the goal post.

China-based winger Ayub Timbe did well to beat Willa Paul on the left wing before setting up Eric Johanna on the other wing, but the IF Brommapojkarma forward was unable to gather the ball although he was not under pressure at all.

Allan Okello hit the post in the 17th minute but the Ugandans were not to be denied in the 22nd minute when Okwi outmanoeuvred defender Joash Onyango before planting the ball inside the right-hand side post, as Matasi flew the opposite direction.

Kenyan coach Francis Kimanzi made a midfield change in the 40th minute as he withdrew Collins Agade and brought in Whyvonne Isuza.

Muguna then equalised for the Harambee Stars in the 51st minute from a Timbe assist.

The hosts thought they had the lead seven minutes later, but Muguna’s strike was ruled out for offside with Kenya looking calmer and more composed on the ball compared to the first half.

In the 93rd minute, Boniface Muchiri was unlucky too as his effort was carried away by Lukwago again. Uganda looking unable to deal with Kenya’s threats in the closing stages