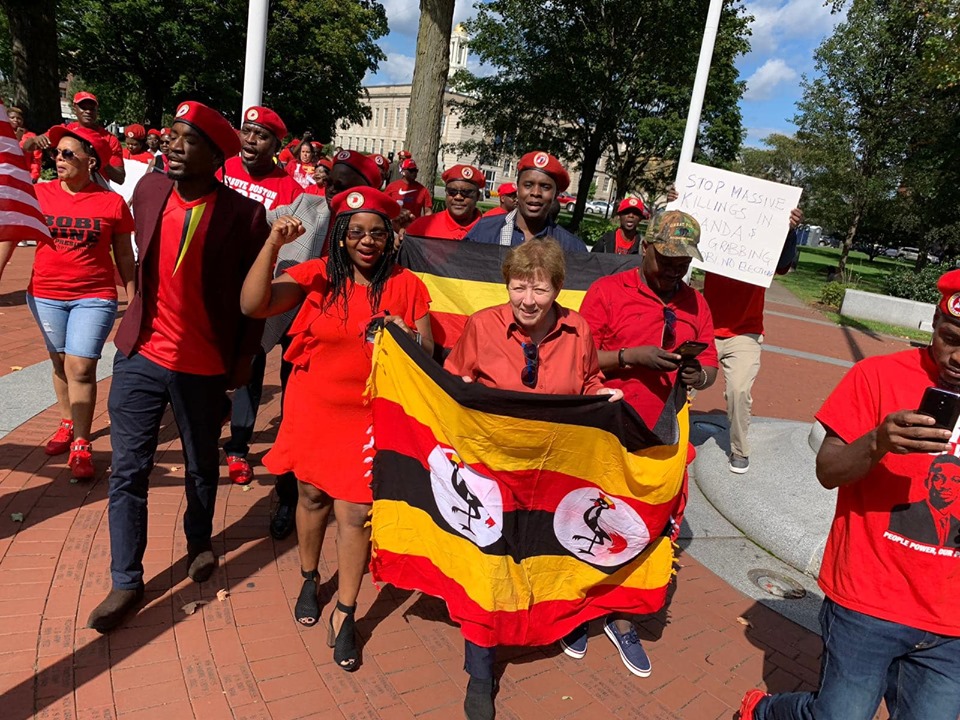 The event was attended by Ugandans in the Diaspora from Boston, New York, Maryland, Washington DC and other neighbouring states.

The Zimbabwean community was also compelled to come out in solidarity with Ugandans as they demand a change of Power.

The People Power movement Teamleader was represented by  Flavia Kalule Nabagabe, the national Team leader People Power women’s wing who also doubled as the main speaker of the day.

Flavia noted that she was greatly honored and humbled to represent Hon. Robert Kyagulanyi a.k.a Bobi Wine as a Chief Guest at the 1st Patriot Rally of People Power – Uganda at Waltham Common Square in Boston city and Massachusets state in the USA.

In her message to the Ugandans in the diaspora, she highlighted various issues that included the following:

Among other speakers included the mayor of the city of Waltham Ms Jeannette A. McCarthy; councillor Ms Sharline Nabulime, a Ugandan-American politician serving the city of Waltham; Mr Kiwanuka Lawrence Ssemagulu Nsereko, People Power team member from New York; and the Team leader of the Diaspora Coordinators Ms Arao Ameny.

The People Power Diaspora coordinator invited all Ugandans in the Diaspora to  ‘kwebereramu’ and participate in all the scheduled activities because as the People in the Diaspora their primary duties include lobbying and help facilitate the ‘boots on the ground’ for the struggle to be successful.

She also revealed that very soon formal channels on how to contribute to the campaign will be rolled out and implored everyone to keep People Power and the hope for Uganda alive.