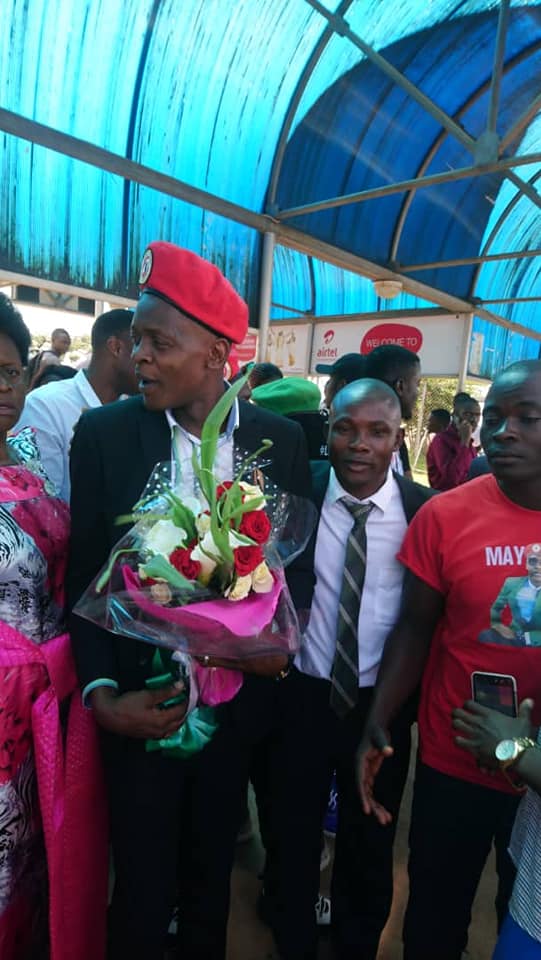 The Democratic Party can now finally let out a sigh of relief after its chief mobiliser returned to the country. Joseph Mayanja aka Jose Chameleone finally made his long awaited return back to Uganda and the Democratic Party couldn’t hide its excitement.

DP, Uganda’s oldest political party, announced Chameleone’s return on its social media pages. He was received by a handful of party mobilisers and his mother at Entebbe airport yesterday. Chameleone has spent almost two months out of the country doing musical tours in different countries.

Chameleone’s absence off the political scene had sent many tongues wagging on whether the celebrate musician had duped DP. His loud silence on political issues also spoke volumes. The DP was forced to come out last week to clarify on the issue, with Michael Mabikke, one of the DP Bloc principals, saying that their chief mobiliser was only out doing his personal business; music.

Chameleone crossed over to DP from NRM amidst pomp and celebration. He was welcomed by party president Norbert Mao who immediately appointed him the party chief mobiliser. He also declared intentions to run for the Lord Mayorship in 2021, however, he is yet to engage in serious mobilisation campaigns.