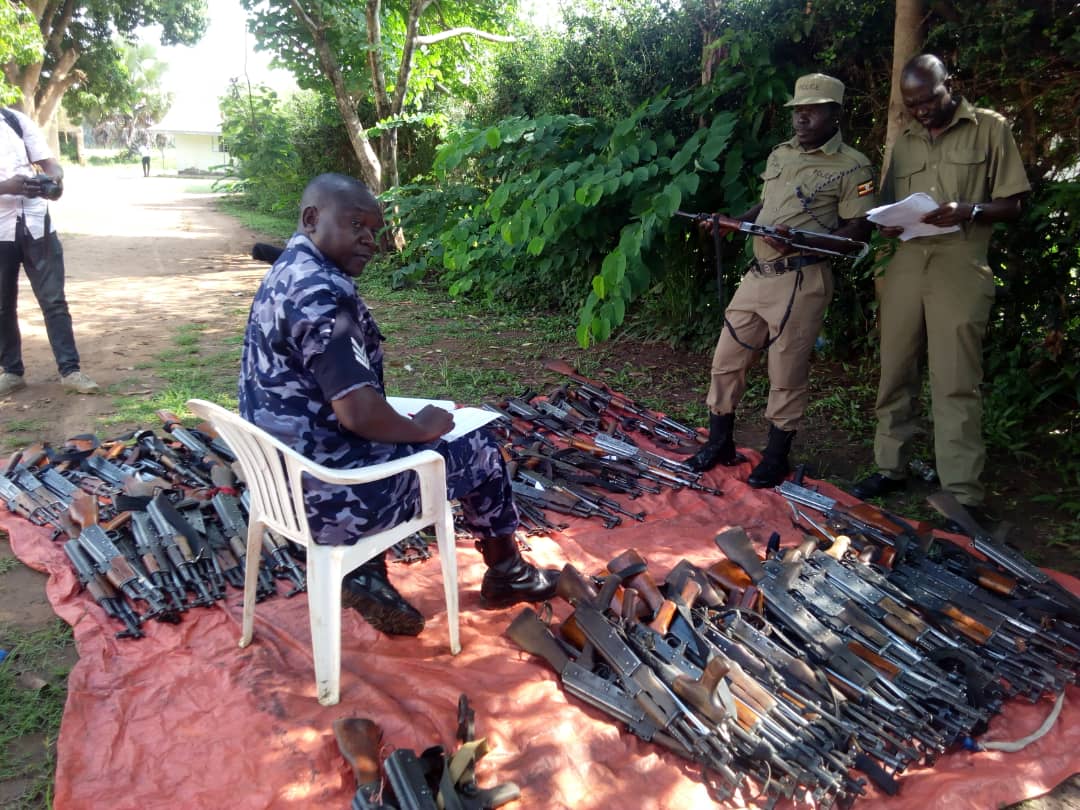 In a bid to curb the growing rate of crimes committed using guns, the Uganda police force has launched a massive verification and digital registration exercise of guns in east Kyoga region. The exercise scheduled to run for a week at the regional police headquarters in Soroti is aimed at capturing respective gun DNA, sounds and details of the respective handlers.

The inter-agency team that comprises police, army, prisons and other government security agencies is led by Mr Agustus Ecotu the assistant commissioner of Police, who says the initiative is a fulfillment to the president’s directive intended to curb crime in the country.

He said that the exercise targets to register all the guns in possession of officers in the police, Prisons, private security organizations and individuals. “Whoever has a firearm of any kind, an assault rifle, SMG, pistols, PK, pump actions, Semi Automatic Rifles (SAR), greener guns, 303 guns and others apart from bombs is expected to submit their guns for verification and digital registration for the future purposes of investigations against criminals,” Mr Ecotu said.

Mr Ecotu said that the electronic digital registration exercise aimed at capturing data now replaces the ideology of writing on the details of guns and the list of handlers in bulky books. Guns under the police force were verified by the officers from the classified stores who compared the list and registration numbers of guns from their office with the Armoury list.

The police fired live bullets inside the portable tank containing water to check on the functionality in order to extract the cartridges and projectiles for laboratory tests to determine gun DNAs for future investigation purposes in case of an offence.

The exercise has already been conducted in Western, Buganda, Lango and Acholi regions and the next after East Kyoga will be North Eastern region (Karamoja).

Mr Michael Odongo the regional police spokesperson East Kyoga said that this will enable them to establish finger prints of the handlers and the respective guns. “Gun DNA is like a finger print, people not even twins have similar finger prints. So, applies to the guns, their rails are not the same,” he added.

According to him, this will simplify the work of police in investigating offences involving use of guns by shooting. “In most cases we have been receiving high rate of crime by shooting, we want to establish the identity of these guns,” he said.