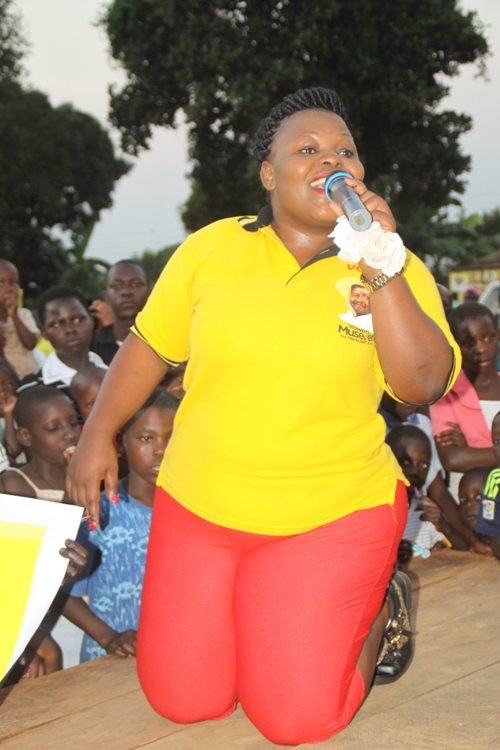 If there is any politician who has largely invested in musicians as a tool for gaining political mileage, it is Yoweri Kaguta Museveni! Famous for his band of hired musician mercenaries now known as the “Tubonga Nawe” crew, Museveni has gone through a tricky affair with various artists.

If there is one musician who has been able to benefit from association with Museveni, It is Catherine Kusasira.

The recent rise of the wave of People Power has enabled Museveni handlers to distinguish between fortune-hunters and musicians that have a genuine love for the President.

“They kept telling crowds we are here to pay back because we have made money and succeeded under the political stability and economic recovery Mzee championed but for many of them this wasn’t from their hearts,” says an influential assistant who closely worked with the Museveni campaign in 2016.

Kusasira used the time when Museveni was not injecting cash into musicians to demonstrate genuine love for Mzee and NRM. The cash squeeze caused the likes of Jose Chameleon, Mulangira Ssuuna, Goodlife, Eddie Kenzo, and others not to only grumble but to eventually disappear and stopped showing up arguing they weren’t prepared to risk being alienated by music lovers. They claimed singing for Museveni was risky as it would alienate them from the public that loved them spontaneously.

As we speak, almost only four remained musicians remained in the Tubonga Nawe camp; Kusasira, Phina Mugerwa, Bebe Cool and DJ Micheal. Kusasira kept counselling younger Phina Mugerwa whom she repeatedly told: “we lose nothing my sister remaining in this even for free because we are assured of relationship-building and most importantly exposure to the large crowds coming to these rallies.”

Therefore after several dwells with moneymakers, Museveni seems to have discovered who his friends are in the music industry. Bebe Cool is continually being sidelined as a broker who sought to deliver victory for Museveni and fight the rising popularity of Bobi Wine. In Kusasira, Museveni sees a genuine and mother figure woman behind whom he can bank for his support from artists and musicians.

However, Museveni’s miscalculation with Kusasira could be based on her approach to politics. Unlike male artists like Bebe Cool, she is naturally calm and not a combatant. Her appeal as a musician too is limited to a certain social group. With Museveni’s problem being Bobi Wine, it is highly unlikely that Kusasira is the right candidate for Museveni’s desires.