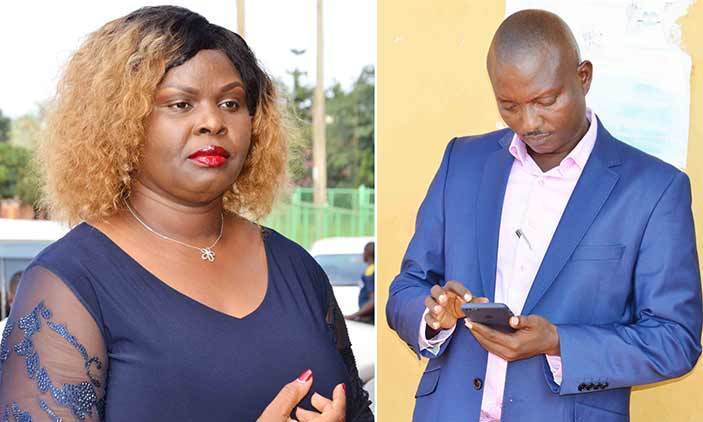 If you thought the troubles of City evangelist Aloysius Bugingo are over, then you should hear the latest developments.

The battle between House of Prayer Ministries Church Aloysious Bugingo and his wife Teddy Naluswa Bugingo is not about to end.

His wife Naluswa has dragged him to court again, this time round not for divorce, but neglecting to provide for their children, on top of subjecting them to domestic violence

Naluswa dragged Bugingo to court following his refusal to take care of his younger children who are under age.

In the suit, Pr Teddy Bujingo alleges that ever since he moved out and started cohabiting with his side-dish Suzan Makula Nantaba, the pastor stopped taking care of his children and often subjects them to domestic violence.

Naluswa has since filed in court, as part of the evidence, leaked audio in which Pr Bugingo was allegedly beating up his children calling them ‘Emizimu’ because they had been recording the court proceedings.

In the audio that has since gone viral on social media, his daughter is heard crying and begging her mother and others who had escorted them to enter the car and leave as the Musumba (Bugingo) who is heard scolding her.

Meanwhile, another voice is heard in the background pleading with Bujjingo to leave the daughter alone saying “Mzee Omwana muleke. lekera awo. Mzee…” 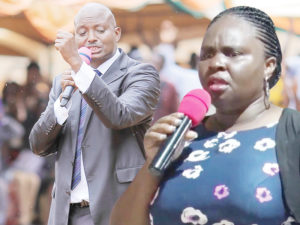 Teddy Bugingo has also called upon the Youths and Children Minister Nakiwala Kiyingi to come to their rescue and implore the man of God to do his fatherly duties by his children. She has also extended the same pleas to the Speaker of Parliament Rebecca Kadaga.