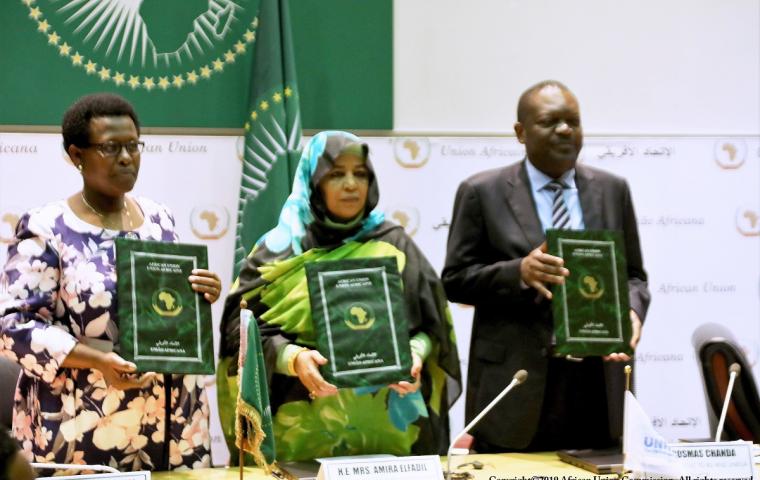 Rwanda will take in refugees and asylum-seekers trapped in Libya under an agreement signed with the United Nations and African Union.

The United Nations has said its own center for migrants and refugees in Tripoli is becoming dangerously overcrowded as is its center for evacuees in Niger. Evacuation flights to Rwanda are expected to begin in the coming weeks.

The first group of 500 people, including children and at-risk youth, predominantly from the Horn of Africa, will be evacuated in the coming weeks, a joint statement on Tuesday. The U.N. says around 4,700 people are being held in Libyan detention centers.

The sides signed a memorandum of understanding in the Ethiopian capital, Addis Ababa, to set up a transit mechanism. “Under the agreement, the government of Rwanda will receive and provide protection to refugees and asylum-seekers who are currently being held in detention centers in Libya,” UNHCR said in the statement.

They will be housed in a transit center in Rwanda before being resettled elsewhere unless they agree to return to their home countries if it is safe to do so.

The agreement signed on Tuesday comes after repeated allegations of dire conditions for migrants in Libya’s detention centers, including routine abuse, lack of medical care and insufficient food.

“We have been desperately searching for solutions for those people,” said Cosmas Chanda, UNHCR’s representative to the AU, at a news conference in Addis Ababa, the seat of the pan-African body.

The Rwandan government is prepared to take in as many as 30,000 Africans from Libya, though the plan is for the process to unfold in batches of 500 people to prevent the country from becoming overwhelmed.

“Fewer countries around the world are more than prepared to admit refugees,” Chanda said.