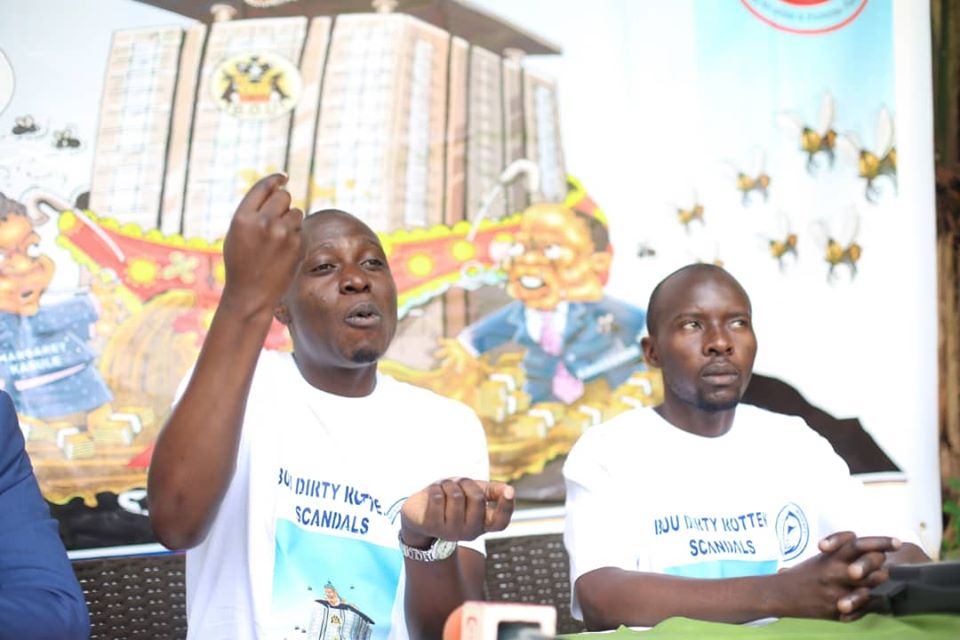 A group of youth activists under their umbrella Uganda Poor Movement Activists have come out and implored the State House Anti-Corruption Unit under Lt.col Nakalema to come out and investigate officials of the Central Bank who are involved in a scam of recycling old currency notes that are returned to Central Banks currency centers around the country for destruction.

This plea follows a recent operation by the State House Anti Corruption Unit in which they stormed the Bank of Uganda Currency point in Mbale District and arrested employees who had made it a habit to recycle old currency notes that had been designated for destruction.

Ssempala Zayid the spokesperson of the Uganda Poor Movement Activists while speaking to journalists said that the Anti-Corruption body ought to expand its operations to other currency centers around the country because the vice is widespread and hurting Uganda’s economy.

Ssempala has also demanded that President Yoweri Museveni should heed to public cries and effect a reshuffle at the Central Bank in order to fight graft and protect the economy.

The Uganda Poor Movement Activists are just some of the many groups of activists and nationals who are concerned with the damaged image of Bank of Uganda owing to its recent scandals.