Museveni writes long letter on insecurity in the country-Part 2 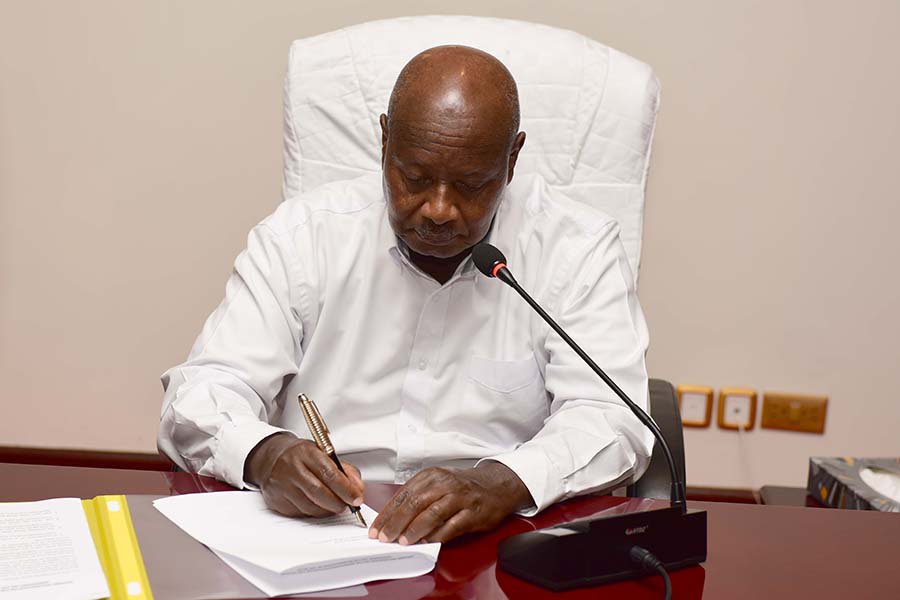 ….Otherwise, using the still incomplete technology of the cameras and other methods, the suspected criminals in the following cases have been arrested and presented to the Courts:

What is most annoying, is that 3 of these had been soldiers at Kabamba and in 2006, they robbed a car only to find somebody who knew them- whom they decided to kill in order to conceal their crime. They were discovered, tried and sentenced to death by the Court Martial. The Civilian Court reduced the Sentence to only 18 years and, recently, the same Civilian System released them. As a consequence of the actions of those Civilian courts rubbishing the work of the guardians of peace, a total number of 4 Ugandans have died needlessly and the freedom fighters had to, again, burn the midnight candle so as to arrest these killers, again. They are now in the Court- Martial, again.

As I write now, the killers of Nagirinya have all been arrested, including the red-jacketed character, that was driving Nagirinya’s car after killing her.

Therefore, two issues on crime, Number one, the criminals will all be caught, even the killers of Kagyezi Joan, the Moslem sheikhs etc.

It is a matter of time. We have clues on all these. Secondly, Political leaders must harmonize with the Courts on the issue of the fundamental concept of Justice. The NRM concept, for most of the time, is an eye for an eye; a tooth for a tooth. It is only in politics where we adopted reconciliation as a strategy. Part of the reason for being soft in reconciliation is that we had already punished our opponents seriously in war. It is, therefore, not correct to say that those mistake- makers were not punished. They were punished in the conflict. With peace, it was in the national interest to reconcile. This is totally different from the phenomenon of Civilian Courts condoning, aiding and abetting crime by, contrary to the wishes of the country, exonerating criminals. This is promoting impunity.

Even in the case of Nagirinya and Kitayimbwa, the police have already made some arrests. The criminals will all be found. We need to work on the courts. They need to move quickly on the cases of murder, rape, and terrorism, the big backlog of cases notwithstanding. The punishments must also be severe, including the hanging of Killers. The NRM always believes in the Law of Moses: An eye for an eye and a tooth for a tooth.