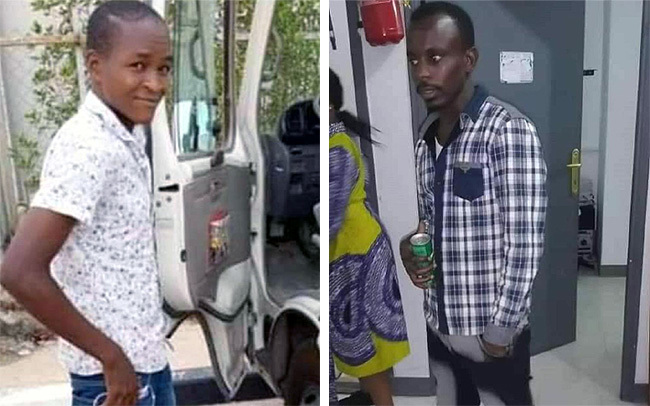 The bodies of three Ugandan men who died in Kuwait a couple of months ago are set to be flown back home this week according to New Vision.

Ekyooto understands that Moses Kiwanuka, John Mujjuzi and Charles Bekalaze died in separate incidents during their stay in Kuwait, where they had gone to work as drivers.

In one incident, two of the men reportedly drowned in the water of the Gulf Sea, when one tried to rescue his colleague but instead died in the water as well.

Weeks later, the third man was found dead at home in his bed in Abu Halifa, southern Kuwait. The other two men were also staying in this small town.

Plans are underway to have their bodies returned to Uganda on Thursday and Friday, several weeks after their deaths.

Mujjuzi and Bekalaze’s remains will be flown in on Thursday at 10 am local time. Kiwanuka’s body will arrive on Friday same time.

The trio was undergoing two months of orientational training in Kuwait before starting work, according to Mariam Namutebi, who heads the association of Ugandans in Kuwait.

Charles Bekalaze (left) and  John Mujjuzi (right) both drowned at a beach on the Gulf Sea. (Courtesy photos)

Their travel from Uganda to Kuwait had been processed by Kireka-based Spotlight International Recruitment Agency Ltd, who are contracted by Kuwait-based Abar United Company to recruit labourers. Spotlight’s director, Charles Tumuramye, confirmed the development.

Alex Sembatya, who owns an NGO that repatriates labour-connected victims in the Middle East, was also involved in seeing to it that the bodies of the three Ugandans are brought back home.