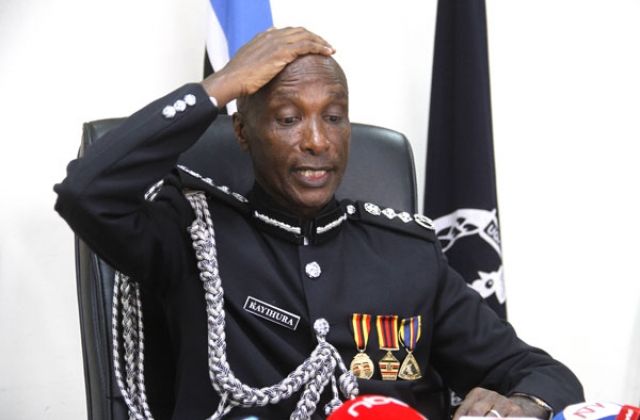 The sacked Inspector General of Police, Gen. Edward Kale Kayihura, has been sanctioned by the US government over crimes against humanity that he allegedly committed. Gen. Kayihura alongside his men are believed to have indulged in a span of atrocities committed during his 13-year tenure as IGP.

It is alleged that Kayihura forcefully abducted, detained and deported a group of Rwandan nationals back to Rwanda on top of persecuting Ugandan opposition loyalists that threatened the figure and fetish of Mr Museveni’s rule.

In a document issued by the US government, Gen. Kayihura has been sanctioned to turn up with immediate effect or else more moves to implement his arrest will be taken into course.

Since his sacking, Gen. Kayihura is silently leading a comfortable life on his Lyantonde farm as some of his apprentices like Kitatta are behind bars facing crimes related to what he had started. Kayihura’s sanctioning becomes Uganda’s first incident of having Museveni’s militant called by the foreign government to face domestic charges.

Political figures that faced his wrath have welcomed the move saying justice will at least prevail. FDC strongman, Rtd. Col. Dr Kizza Besigye who was a regular visitor of Kayihura’s cells has posted a lauding statement on his Facebook wall.