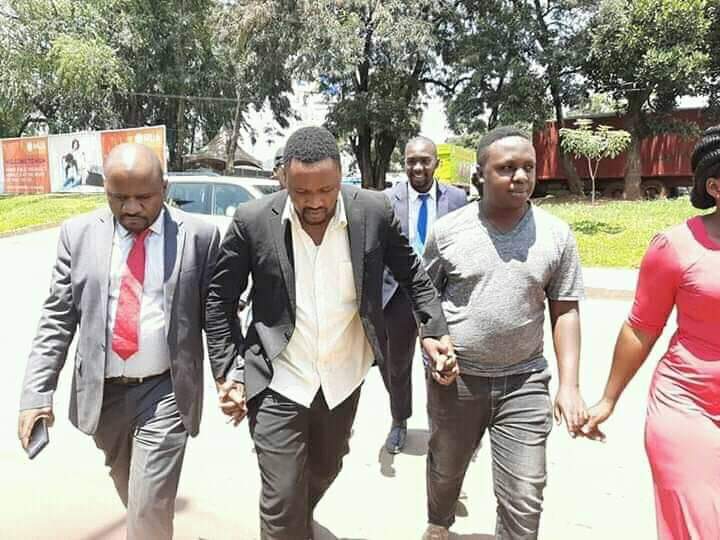 Mubiru was on Sept, 11 brutally arrested as he shielded his clients from being rearrested following their release on bail.

In a viral video, a plain clothed security operative is seen tightly holding Mubiru by neck. More goons join the woo and all round up on him to out power him and place him into a waiting van that drives away at breakneck.

Mubiru has since been held captive at Jinja road police station where he has lasted for two days before being freed today.

Mubiru has been released on police bond without charges, this website has learnt