Police booths and Posts now act as dens for thugs 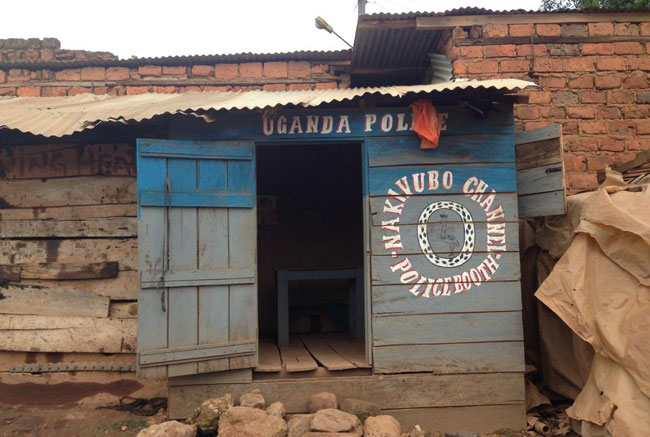 Intermittent foot patrols, empty booths and posts in Kampala Metropolitan Police (KMP) and major urban centres, amid rising crime rates, have left people wondering where the officers have disappeared to.

A high ranking Police source revealed that most of the officers who were deployed at Posts are now deployed at Investor’s businesses and  premises  of high profile people in the country following a Presidential directive to protect investors and high profile  Persons.

“There was a presidential directive to protect investors and scale up the numbers guarding high profile persons. The new deployments have taken a big fraction of our officers that were in the areas you are talking about,” a senior officer said on condition of anonymity.

A large number of Police posts were established in crime  prone areas such as the Northern bypass in Kampala and Wakiso districts.

Before the President issued orders, Security to investors was always provided by Private security firms but they were always overpowered by criminals armed with automatic rifles in case of any robberies.

Due to the increasing crime rate, the Director of Police Operations Assuman Mugenyi  was compelled to send a police message to all police units ordering them to redeploy at booths, which he said had been turned into dens for thugs.

The Assistant Inspector General of Police Mugenyi argued  that the  Kampala Metropolitan Police commanders should not  have left the booths to Local Defence Unit (LDU) personnel because they are not well trained to man such premises.

“KMP (Kampala Metropolitan Police) commanders with LDUs in their area of responsibility may work with them to utilize the booths as places to re-organize during patrols, but not to take over the full roles and responsibilities of police in the booths establishment,” he said.

However, his orders have not been implemented by police commanders due to inadequate personnel.

A large number of booths were closed in 2017 after the police council took a decision to close them due to shortage of manpower, but they did not remove the structures which have now been turned into areas of operation for thugs.