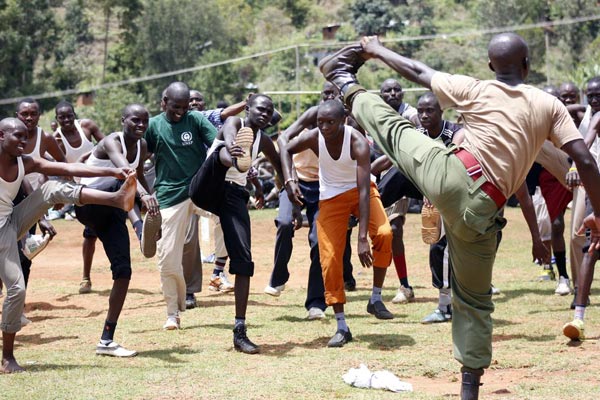 The Speaker of Parliament, Hon. Rebecca Kadaga, has directed government to nullify the just concluded recruitment of police officers, after Members of Parliament reported irregularities in the exercise at the various recruitment centres across the country.

Kadaga noted that she was concerned that all MPs who had contributed on the matter during Thursday’s plenary sitting had negative reports about the recruitment process which indicated that there was a problem that needed to be sorted.

“The voices here are voices of discontent, I have not heard anyone stand up and say it was okay in my area. This is about equity, and it is a fact that certain parts of this country are not well represented, we cannot endorse this impunity, this must stop,” said Kadaga.

Several Legislators reported that the Police recruitment Process was characterized by nepotism, tribalism, unfairness, corruption and others were recruited from areas where they are not residents living out residents.

The Kumi municipality Legislator Hon. Silas Aogon critiqued qualifications required of one to join the police force, saying that some requirements were irrelevant and forced many out yet they had passion for serving their nation.

Another Member of Parliament identified as David Abala reported dissatisfaction with the process when he revealed that despite his district being a recruitment centre,  non of his residents benefitted because the recruitment officers ferried two buses of People from other areas for recruitment in Ngora.

Legislators want government to repeat the exercise and have local authorities verify applicants and that all regions be given the same number of vacancies.

“This decision of whoever has been recruited should be revised and halted to allow verification. Local authorities were not involved. Let us stop the exercise and we repeat it,” said Hon George Kumama Nsamba (NRM, Bbaale).

However the Prime Minister, Dr. Ruhakana Rugunda has appealed to the Legislators to wait for the report of the Internal Affairs Ministry about the matter despite agreeing with MPs on irregularities in the recruitment and urged government to apprehend anyone wrongly recruited.

“Earlier I said that within police, there are 127 cases that are being scrutinized because of wrong recruitment. Anybody who has been wrongly recruited in proposal must get out,” he said.

Rugunda also directed the Minister of Internal Affairs to report to Parliament on the status of recent police recruitment during the sitting of Tuesday 17 September 2019 with backing from the Speaker of Parliament who wants Parliament availed with the full list of recruits.