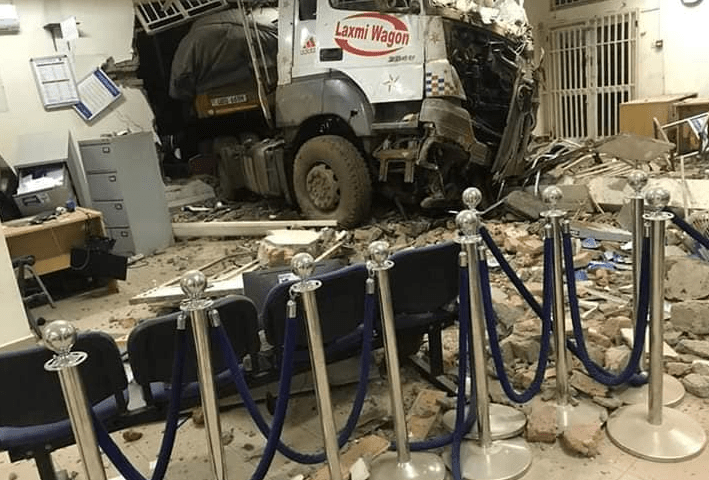 Business at Centenary Bank’s Bugiri branch has come to a standstill after a trailer rammed into the bank, straight into the banking hall. The accident happened today morning as the bank staff were preparing to start serving clients.

Eyewitnesses reveal that the truck, registration number UBD 669H, which was heading to Kampala from Tororo direction lost control after hitting speed humps and veered off the road, straight into the building. Police is currently investigating circumstances under which the truck driver lost control and rammed into the building housing the bank. It is suspected that the driver was sleeping.

There were no casualties reported but property worth millions of shillings has been destroyed.  As a result, the branch has suspended business as they try to sort out the mess. The Bank has released a statement advising customers to utilise the CenteAgents around the area as well as the ATM that wasn’t affected.