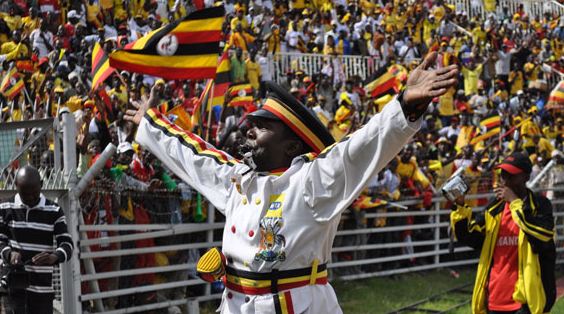 Uganda Cranes leading fan, Jackson Ssewanyana also known as Uncle money has been charged and remanded to Luzira prison on charges of manslaughter. Ssewanyana, who is also the Vice-Chairperson of Kasubi zone 4 in Lubaga Division, appeared before Buganda Road Chief Magistrate’s Court where a charge of manslaughter was officially read to him.

Uncle Money was charged along with his defence secretary, Benson Senyonga. The prosecution alleges that the two village leaders incited a mob to lynch a suspect mobile phone thief, Siraje Hakim Tumusiime. It is stated that on August 16, 2019, at about 8.30pm, the late Tumusiime who was a phone dealer at Mutaasa Kafeero plaza in Kampala city received a phone call that made him leave his house in Lubya zone.

That later uncle money was seen holding Tumusiime by the hand and leading him behind Royal Hotel where he allegedly handed him over to stick-wielding youths led by the defence secretary Ssenyonga. These youths are said to have beaten and kicked Tumusiime before uncle money transferred him to an unknown destination. That after 3 days of searching, Tumusiime’s body was found at Mulago city mortuary with numerous wounds; hence his family reported a murder case at Old Kampala police station.

The duo pleaded not guilty to the charges. Uncle money and Ssenyonga were however not allowed to present their bail application because the lawyer they had hired did not turn up in court. They were remanded till October 1st.