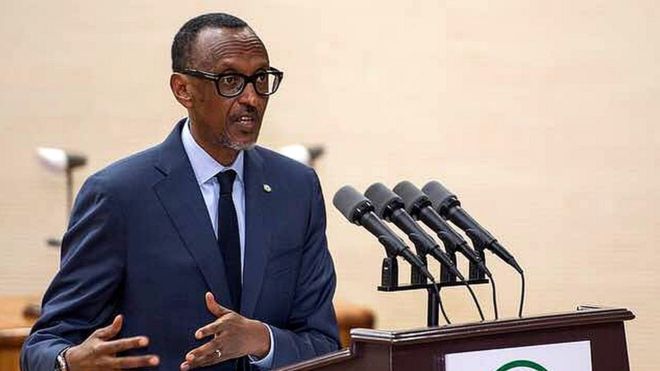 Rwandan President Paul Kagame has called on the African Union to suspend South Africa from the body. He also called for sanctions against South Africa as a punishment for the xenophobic attacks.

Early this month, there were a number of horrendous attacks targeting citizens of other African countries. The attacks left over 7 people dead and lots of property destroyed. South Africans involved in the attacks were angry over what they called foreigners taking over their jobs.

Speaking in Kigali at the weekend, Mr Kagame said the xenophobic attacks are against the spirit of African unity. He said South Africa should be suspended from the African Union just like during the apartheid for allowing the attacks to continue.

“And when I hear my counterpart Ramaphoza say that the record of these recent attacks is 10 deaths, including only one foreigner, I think that we should temporarily set aside the RSA from all the bodies of the African Union and other subregional organizations, so that it can understand that Africa is called upon in this 21st century to be united and indivisible in the face of the challenges of globalization,” Kagame said.

Many leaders and critics have come out to criticise the African Union for looking on as South Africans kill other Africans. The AU has over the years failed to have a credible response to the xenophobic attacks that keep coming up in South Africa periodically.