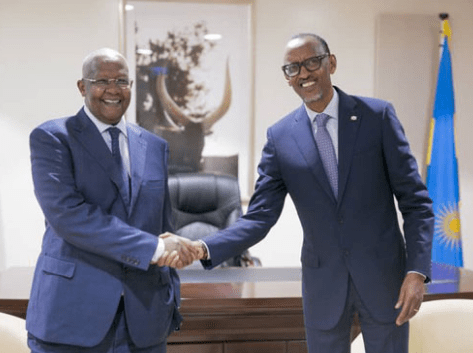 The first meeting of the Ad Hoc Commission on the implementation of the Luanda agreement between Uganda and Rwanda is currently underway in Kigali. The talks follow a pact signed by Ugandan President Yoweri Museveni and Paul Kagame of Rwanda last month in Luanda, Angola, to ease the tensions between the two countries.

The Ugandan team is headed by Foreign Affairs Minister Sam Kutesa while Richard Sezibera, the Rwanda Minister of Foreign Affairs, will lead the Kigali team. They are being witnessed by the Minister of External Relations of Angola and the Deputy PM/Minister of Interior of DRC. The officials are expected to tackle every action point of the memorandum of understanding.

According to the memorandum of understanding, Rwanda and Uganda undertook to respect the sovereignty of each other’s and of the neighboring countries, and refrain from actions conducive to destabilization or subversion in the territory of the other party and neighboring countries, thereby eliminating all factors that may create such perception, as well as that of acts such as the financing, training and infiltration of destabilizing forces

They also agreed to protect and respect the rights and freedoms of the national of the other party residing or transiting in their national territories, in accordance with the law of the country and resume as soon as possible the cross-border activities between both countries, including the movement of persons and goods, for the development and improvement of the lives of their populations.

The two leaders also agreed to promote, with the spirit of pan-Africanism and regional integration, comprehensive cooperation in the fields of politics’ security, defence, trade and cultural exchange, investment, based on complementary and synergies

The talks are expected to lead to the opening of the Katuna border which has been closed since February this year, jeopardising trade flow between the two nations. Over 300 billion shillings have been lost by Uganda so far due to the impasse.