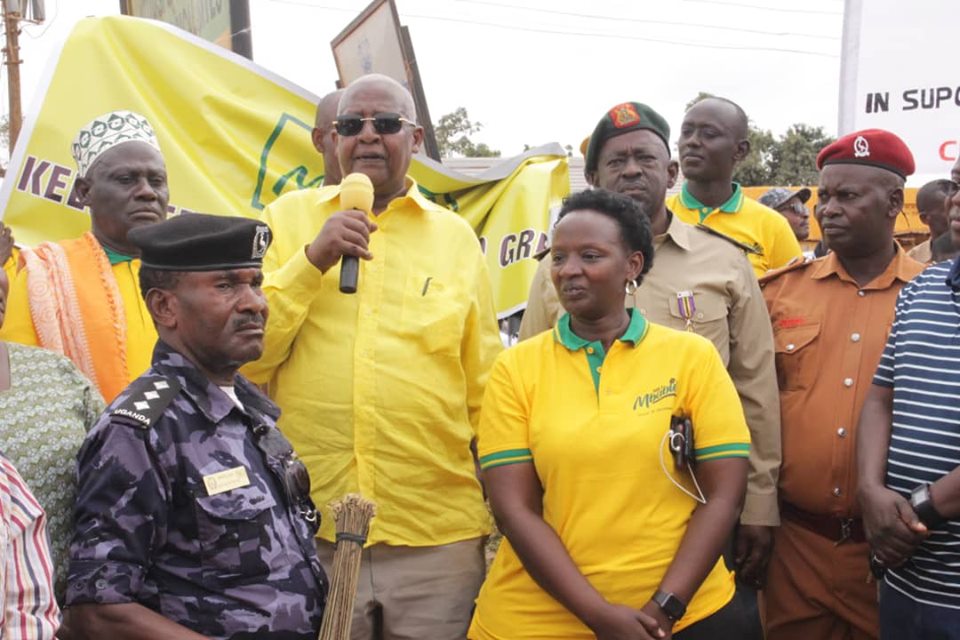 Uganda’s Foreign Affairs minister and Member of Parliament for Mawogola County  in Sembabule District Sam Kuteesa  announced that he is retiring from active politics over the weekend and shockingly introduced his daughter as heir to the Mawogola County seat in Parliament.

Kuteesa said it was time the Old breed gave space to the new energetic young Genearation only for him to spoil the event by introducing his Daughter Shatsi Musherure Kuteesa as heir making the Mawogola County position hereditary.

Kuteesa has served as the Ministry for Foreign affairs for 14 years since 2005 and he desperately implored the electorate to stick to the NRM party, and support the youths who have better ideas for developing Ssembabule. His remarks were made during a community service initiative to clean up the various trading towns and villages in Sembabule.

Speaking to the Electorate, Kuteesa’s daughter Ms. Musherure said her father was tired of speaking all the time and that it was time to give chance to the youth urging the residents to trust her to lead them.

Aged 70, Kuteesa holds an Honours Degree in Law from Makerere University and is an advocate of the High Court of Uganda, having completed post-graduate studies in legal practice at the Uganda Law Development Centre and has over time been involved in corruption scandals.