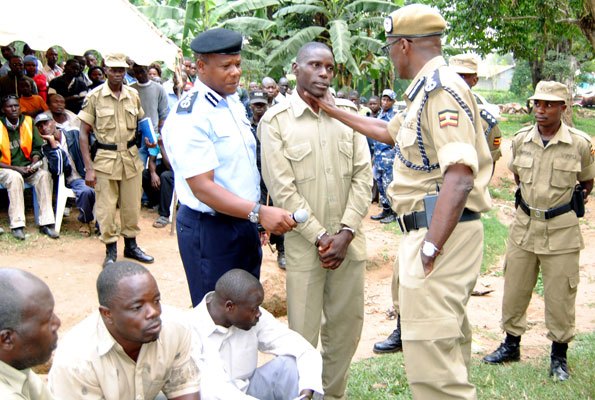 Kale Kayihura has since come out to issue a statement in rejoinder to the statement by the US Treasury Department statement that has slapped a number of sanctions on him and his immediate family.

What is troubling about Kayihura’s statement is that he seems to have a completely different view of facts and reality from the rest of the public. 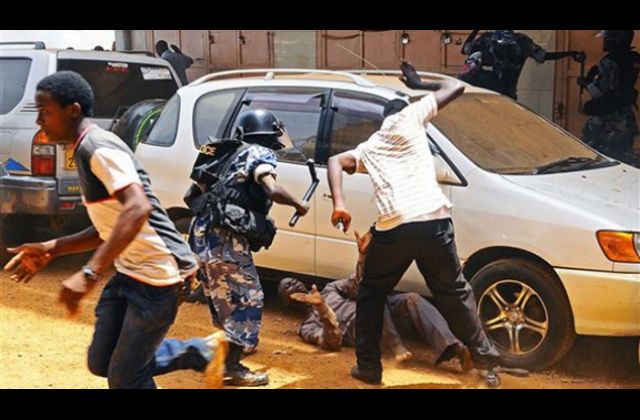 If Kale Kayihura is not simply a liar, then he has a sick and twisted sense of reality. Only an egoistic man can come out with such a statement in the face of the bulk of facts and evidence against him.

We must recognize that Kale Kayihura is a smart lawyer with a Masters Degree in Law from the UK. He is further assisted and represented by one of the best Law firms in town. Therefore fairly, Kale Kayihura seems to be confident that legalese and fact twisting can shield him from his record at Uganda Police force and in the military.

However, in the court of public opinion, Kale Kayihura will always remain a guilty man for presiding over one of the most brutal Police forces on the African continent in the last few decades. And in the court of Public opinion, there is no room for semantics or “burden of proof” or “fair trial”. In that forum, issues are looked at as they are! If anything, is it not the lawyers themselves who quote the legal maxim “Res ipsa loquitor” which literally means “Let facts speak for themselves”

And in the case of Kale Kayihura, the facts indeed speak for themselves! On the issue of torture, for example, the Kayihura Police resurrected the old Amin style arrests and disappearance of suspects who would re-appear with torture marks. That is how the world and Uganda, in particular, came to know about the Nalufenya Torture facility in Jinja. At the height of his power and reign, Kayihura became notorious for targeting and hunting Muslims so much so that each time a crime was committed, his Police force would line up a string of suspects. At one point, Kayihura’s police even arrested women and children on suspicion for the murder of AIGP Felix Kaweesi.

Kayihura was so deep down the dark path as Police chief that at one point, he contested the constitutional mandate that prohibited the holding of suspects beyond 48 hours without appearing in court. A power-drunk Kayihura then argued that Police needed more time and should be allowed to hold suspects until when it deemed it sufficient to release them or take them to court.

As the saying goes, “karma is a bitch” because when the tables turned, upon his arrest, Kayihura and his lawyers ran to find refuge under this law that prohibited holding suspects beyond 48 hours.

What is troubling about Kayihura’s denials of torture and grand corruption too is the fact that in his statement, he seems to implicate FBI agents of the US government as having been implicit in his evils because “they worked” with him. He seems to suggest that because the FBI corroborated and worked with his Police force, therefore he is clean, or in the alternative, such FBI agents too are guilty of his very crime. What Kayihura and his “smart” lawyers seem to neglect is the fact that these FBI agents under the disguise of working with his Police could have been collecting evidence which has been used to implicate him.

Under Kayihura, the Uganda Police Force no doubt grew in numbers as he rightly boasts. However, as the numbers grew, so did the Force grow into a totally Partisan force serving the interests of Yoweri Kaguta Museveni and his NRM. In fact, on several occasions before their falling out, Museveni praised him as a loyal cadre of the NRM. And Kayihura took these praises a notch higher by reigning terror upon Museveni’s political opponents through the use of tear gas, rubber bullets and much more to make the lives of opposition politicians and their supporters miserable. And video recording of these incidents exist not just in secret but freely available over the internet. Kayihura can google them himself if he has forgotten.

We can also remind Kayihura of his paramilitary and parallel forces that he built alongside the Police. One of them is Boda Boda 2010 led by Abdallah Kitata who is currently convicted on charges of illegal possession of firearms. The other force Kayihura created were the “Crime Preventers” who terrorized Ugandans and Police officers as well especially during the 2016 General elections. Through these paramilitary forces, Kayihura presided over a group of semi-trained gun-wielding goons who were willing to commit evils that uniformed Policemen could not. In Kampala to date, Boda Boda 2010 terror on Kampala people is still fresh in the memory of many.

When Museveni and Kayihura fell out, the once-mighty General was arrested and charged and Ugandans breathed a huge sigh. The popular public opinion was that Kayihura had gotten what had been coming for him for a long time. Many celebrated that their tormentor had finally gotten what he deserved.

These celebrations are still loud and clear today. In fact, many feel the US sanctions are not enough and Kayihura should be arraigned in the International Criminal Court to answer for several charges of torture and crimes against humanity. And probably in asking for a fair trial from the Treasury Department of the US, Kayihura seems to be asking for this arrest too!