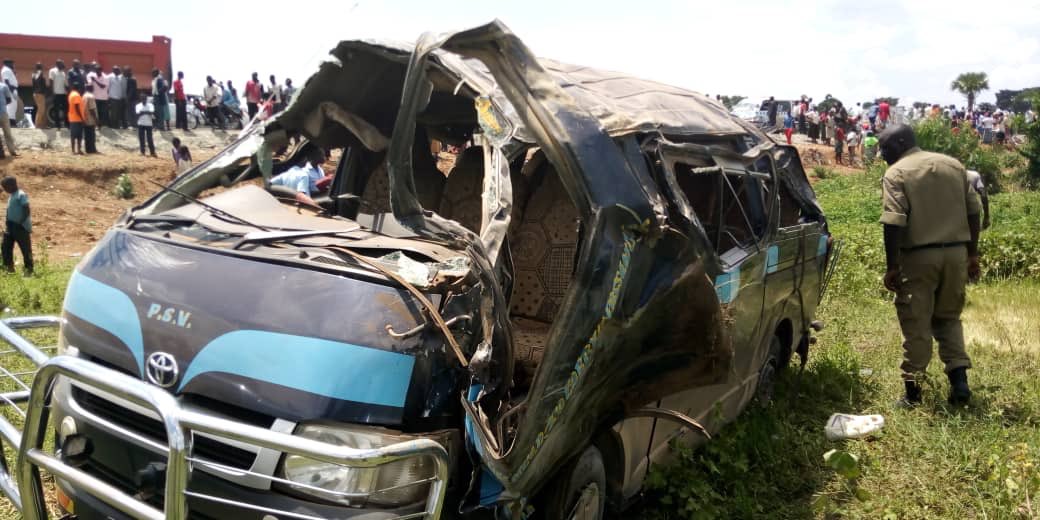 Six people are confirmed dead after a commuter taxi UBE 687L burst a tyre and overturned at Magada, Namutumba District this afternoon.

The commuter taxi was on its way to Mbale district in Eastern Uganda.

Road carnage has been on the rise in recent months. Traffic Police attribute it to increasing carelessness by motorists through acts as careless and dangerous driving often over-prescribed speed limits, poor mechanical condition of automobiles and in some cases, the poor state of roads.

Several people rushed to the scene of the accident to attending to the injured and rushed the survivors to health centres for medical attention. 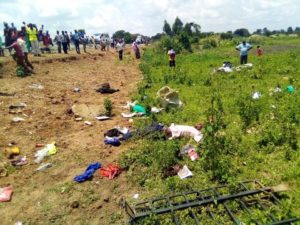 One of the leading causes of death in these road accidents is the inadequacy of response teams available to offer first aid to the injured or rush them to health facilities. Sometimes the accidents occur in isolated places that are far from health centres which makes it hard for the injured to receive medical attention.