Another NRM supporter claims he was nailed in the mouth 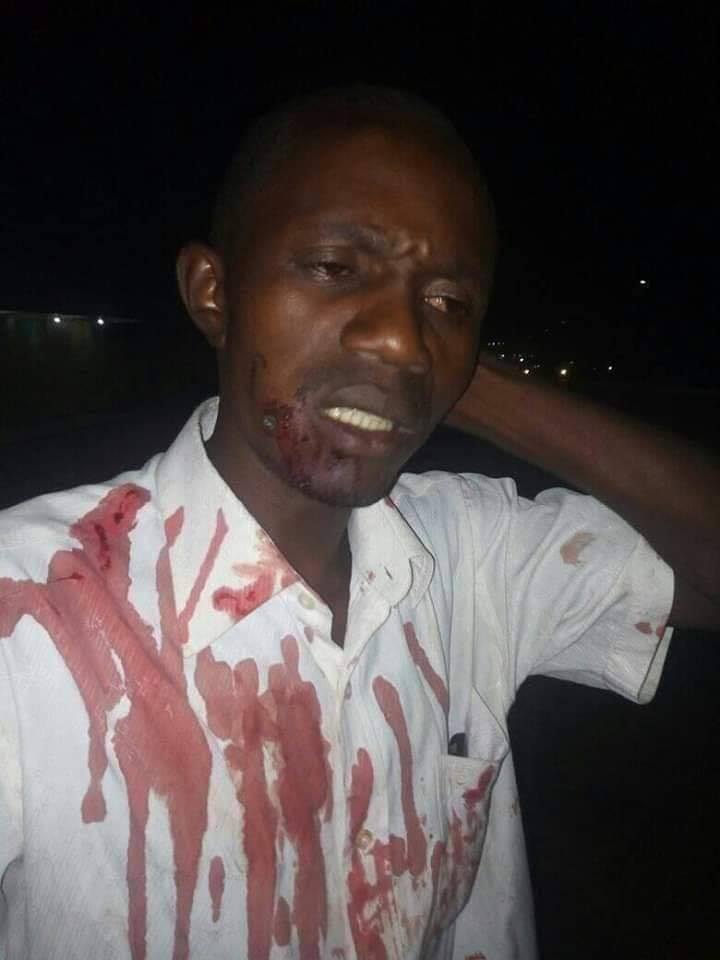 According to Radio Simba, a local radio station in Uganda, a man identified by the name Isaac Katoogo, a resident of Mbale has come out and claimed he has nailed in the mouth and beaten by unidentified assailants.

Katoogo is a local artist popularly known within the Mbale area as “Ambassador wa Yesu”. He is famous in the area for moving around playing his music loudly off a mobile loudspeaker.

Katoogo claims that the unknown assailants attacked him as he was moving about playing his song in which he praises President Kaguta Museveni and the NRM party.

In the image that Radio Simba has released, Katoogo appears with a 3-inch nail pinned through the sides of his cheek leaving a splash of blood dried on his mouth.

This s the second NRM supporter who has come out to claim that they had been physically nailed owing to their allegiance to the ruling NRM party. Last month, a young man claims to have had his hands nailed together at Kalerwe because of his support for Museveni.

We cannot say with certainty whether these claims are right or wrong. However, there seems to be a deliberate pattern showing those claiming to support the NRM and Yoweri Museveni claiming persecution for their allegiance.

It is possible that these “NRM supporters” could be playing games to get the attention of their party which has been known to splash money to its supporters. This local musician, therefore, could be targeting a payday from the party or to gain mileage for his song that praises Museveni.