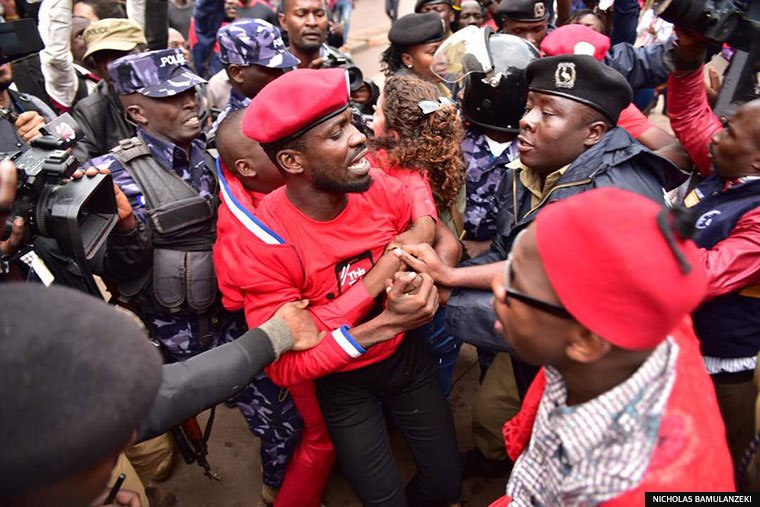 This morning, security in and around Buganda Road Court has been beefed up in anticipation of Kyadondo East legislator Honourable Robert Kyagulanyi Ssentamu’s appearance.

The court was expected to proceed in the case where the People Power principal is accused of among other things, illegal assembly and inciting the public about the coveted social media tax (OTT)

However, the legislator has been a no show this morning forcing the Magistrate to push the hearing to 28TH September.

The magistrate has further cautioned Bobi Wine’s legal team that should Bobi Wine skip court again, they will be forced to pay the transport costs for witnesses.

Time and again, Court has played a waiting game in this long-overdue case in which Bobi Wine and 3 others are accused of holding an illegal assembly. The Legislator has complained that the state uses the judiciary to slap charges on the opposition in order to waste their time and resources.