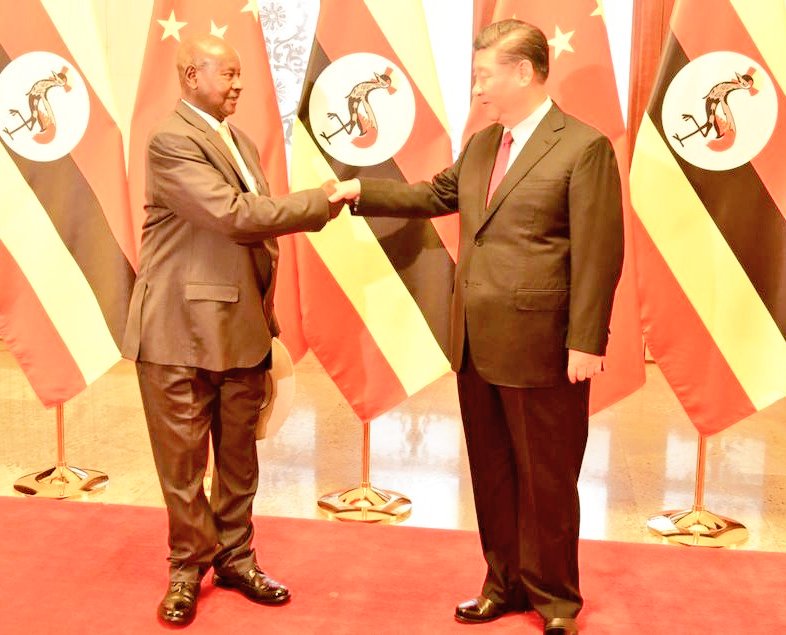 In what is more likely to be seen as a service provider keeping tabs on their client and ensuring client satisfaction, the Chinese president, Xi Jinping has sent a birthday message to his counterpart in Uganda, Yoweri Kaguta Museveni. Jinping and Museveni enjoy a rather cordial relationship as Museveni as made it his preoccupation to borrow money from his Chinese counterpart.

Xi Jinping’s message was sent on the occasion of Museveni’s alleged 75th birthday, which he celebrated on Sunday 15th September. Museveni claims that he was born on 15th September, 1944. He thus clocked 75 years on Sunday. The message was both in Chinese and English.

Jinping’s message re-echoed the relationship the two have and re-stated the agreement the two reached when Museveni visited China recently.

“I wish to work with you, taking the implementation of the outcomes of the Beijing Summit of the Forum on China-Africa Cooperation as an opportunity, to further promote the comprehensive cooperative partnership of our two countries to a new height so as to benefit our two countries and people,” Jinping wrote.

Mr. Museveni visited China in June on a working visit. During the visit, he was able to secure an unspecified amount of money in terms of loans from China. It must be noted that under Museveni’s rule, Uganda’s debt burden has risen to alarming levels, with China as the leading creditor.