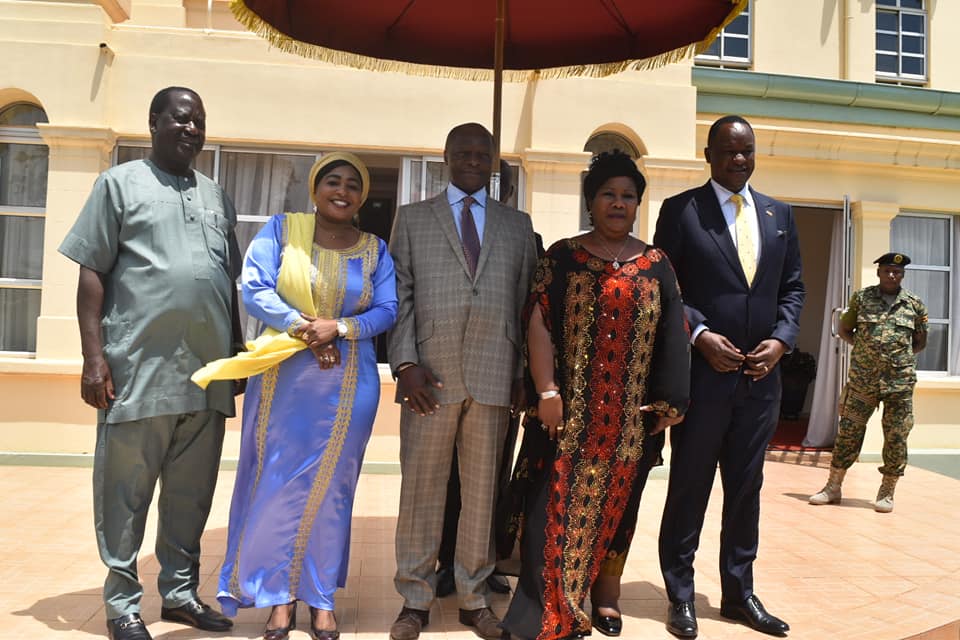 Details have emerged that former Kenya Prime Minister and now AU Envoy Raila Omolo Odinga has met the Kabaka of Buganda His Majesty Ronald Muwenda Mutebi II at his Kingdom Headquarters in Mengo.

The two leaders are said to have had discussions on the role of traditional institutions in the strengthening of the East African community integration.

The meeting was attended by a number of dignitaries including the Kenyan High Commissioner to Uganda,
His Excellency Kiema Kilonzo, members of parliament of Kenya, Hon. Florence Mutua and Mishi Mbogo.

Raila Odinga is in the country to meet and engage the government of Uganda in order to boost cooperation between the private and public sector players for infrastructure development in the region.

Today, he also attended the PPP Conference alongside President Yoweri Kaguta Museveni in which government was urged to keep up collaboration with private sector players for the development of infrastructure projects.