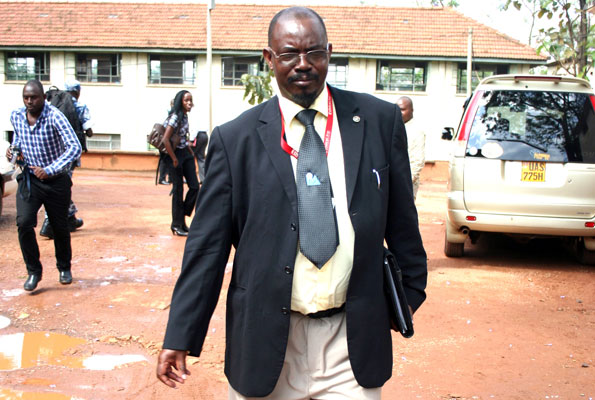 The Public Service Commission has come out to reveal that President Museveni has appointed Dr Fixon Akonye as the new Internal Auditor General.

The chairperson of the Public Service Commission, Justice Ralph Ochan, said President Museveni had signed the instrument appointing Dr Akonye and they have forwarded the document to the Ministry of Public Service.

Dr. Akonye has held the same office in acting capacity for more than 10 years.

“We advertised the job, he applied, we interviewed him and he passed the interviews. We sent his name to the President to sign the instrument appointing him, the President endorsed it and sent it back to us and we have submitted it to the Ministry of Public Service to appoint him,” Justice Ochan said.

He further mentioned regional referral hospitals as examples of government institutions where government sends resources which cannot be accounted for on a daily basis due to absence of resident internal auditors.

However Ms Catherine Birakwate Musingwire, the Permanent Secretary at the Ministry of Public Service, said: “It is no longer news because the appointment was made long ago, the letter was sent to us and we forwarded it to the Ministry of Finance.”

Early this week, Mr Matia Kasaija the Finance minister, under whose ministry internal auditors fall, said the biggest challenge they face is getting strong spirited people who can work without being bribed.

In 2012 Mr. Fixon Okonye, then commissioner, Internal Audit, in the Ministry of Finance was summoned at Police CID headquarters over the pension scam where he was accused of fraudulently paying more than 3,000 ghost pensioners costing the taxpayer over Shs. 169 billion.