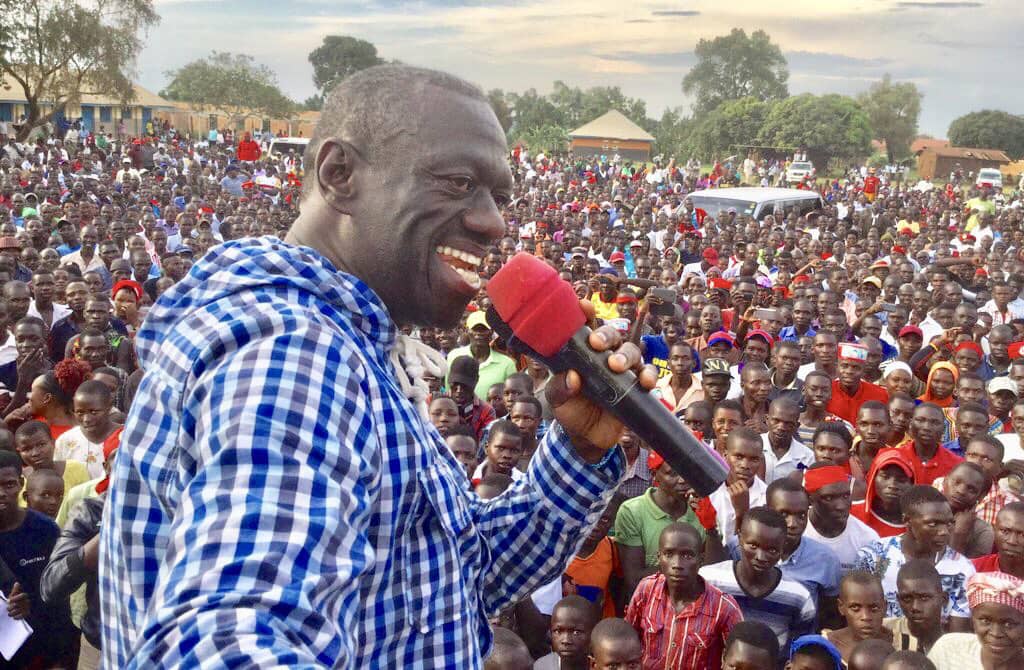 Once a Security Chief and now in the Opposition, Rtd Dr. Kizza Besigye has urged Uganda’s security Generals to learn from the sanctions that have been slapped against Gen. Kale Kayihura.

Gen. Kale Kayihura, the longest-serving Inspector General of Police, was sanctioned by the US government on Friday over accusations of human rights violations which has left many in the opposition jubilating.

At a campaign rally in Kigorobya town, Besigye added his voice to the many Politicians who had spoken about the sanctions against Kayihura by the US government over human rights violations.

“I hope you have heard that Gen Kayihura, under whose time as IGP we were repeatedly tear-gassed, has been slapped with sanctions by the American Government. He is now a wanted man. Those security officials disturbing you should know that their time is coming. They should learn from what has befallen Kayihura,” Dr. Besigye said at a campaign rally in Kigorobya Town at the weekend.

Besigye noted that as the 2021 general elections come closer, Uganda should have no room for impunity and abuse of human rights.

Strong Opposition figures including Dr. Kizza Besigye, Mugisha Muntu and Robert Kyagulanyi Ssentamu were all in Hoima to mobilize for Ms. Asinansi Nyakato, a joint Opposition candidate for the Hoima Woman MP by-election which is slated for September 26 against NRM’s Harriet Businge.