Irony: Museveni issues directive to limit borrowing as he begs for a Shs. 250 billion loan from African Development Bank 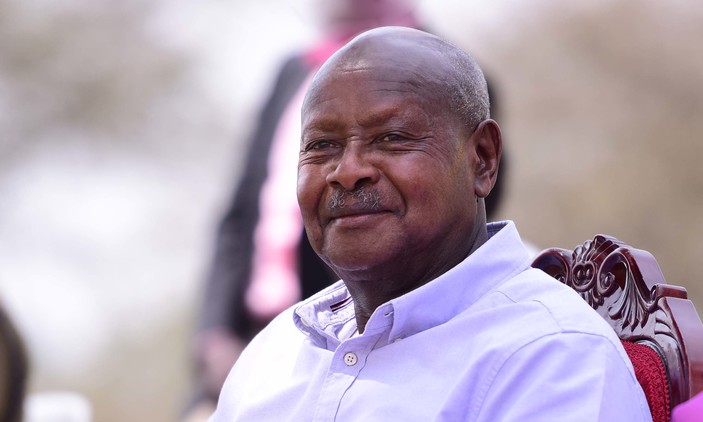 President Yoweri Museveni has issued a new directive on borrowing for infrastructure. The President issued the directive during a Tuesday meeting with the African Development Bank (ADB) Regional Director in charge of the Eastern Africa, Mr Gabriel Negattu, and some government officials at State House Entebbe, while making a case for a loan to fund school infrastructure development projects.

In the new directive, the president is limiting borrowing for only railway construction, electricity generation and irrigation schemes. Others that can be borrowed for include; strategic road projects and some aspects of the Education and Health sector. This according to Museveni is for purposes of streamlining proper national economic growth.

Museveni emphasised that the construction of the railway is crucial because it will link Uganda to the neighbouring countries such as the Democratic Republic of Congo (DRC) and South Sudan. In the education sector, Museveni said, the government will be undertaking the implementation of the construction of 280 Secondary Schools at Sub-County level countrywide.

Mr Alex Kakooza, the Permanent Secretary for the Ministry of Education and Sports who attended the meeting said out of the 280 Secondary Schools, 134 will be newly built with the rest requiring only refurbishment. The cost of constructing the new schools is estimated at between US$60 – US$70 million (about shs250b.)

Uganda has attracted criticism over its unending borrowing, with the country now stuck with a debt burden that is almost hitting a half of the country’s GDP.