Museveni dines with US Ambassador after Kayihura sanctions 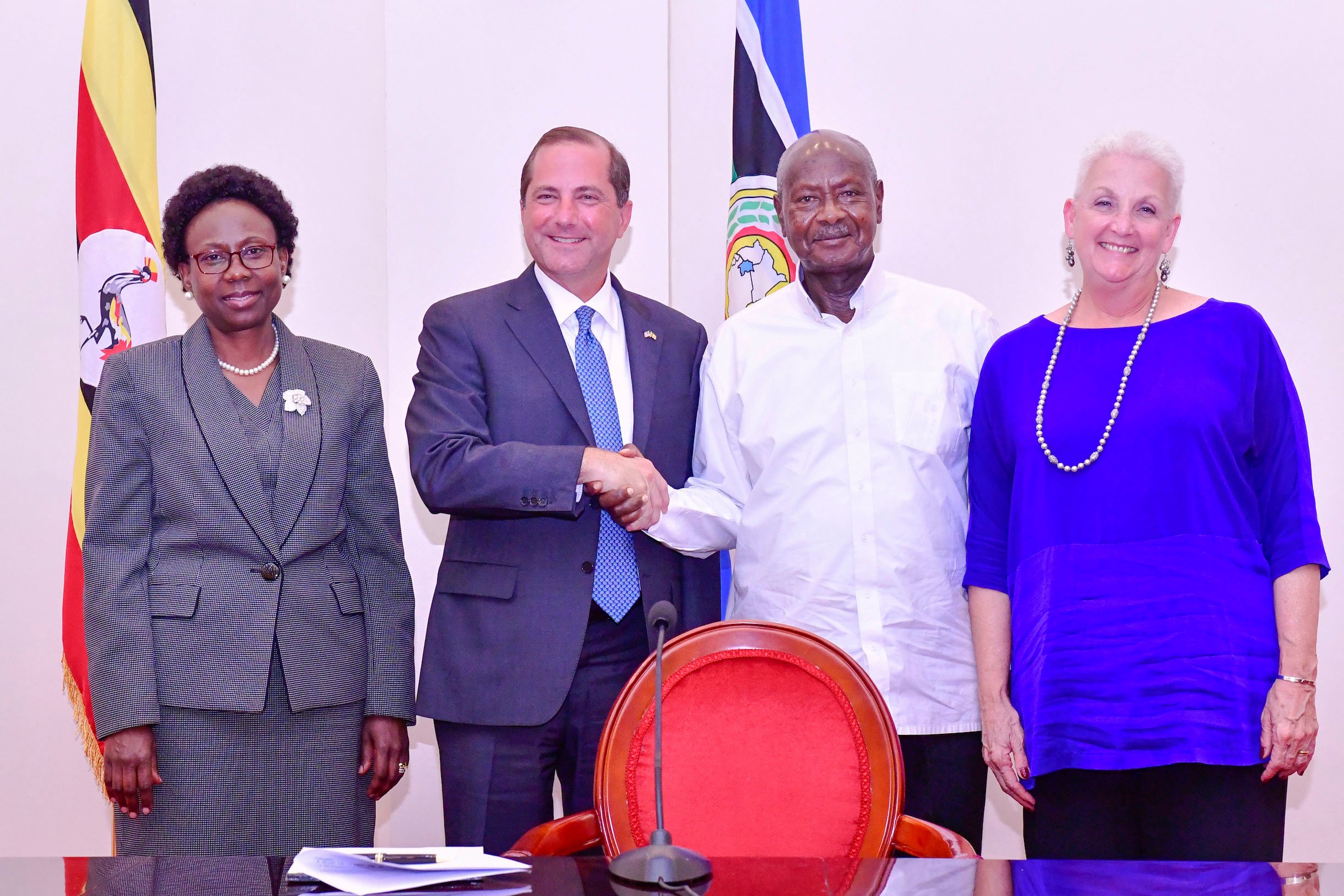 President Yoweri Museveni has thanked the Government of the United States of America for the continued role and support in combating viral diseases like Ebola in Uganda and the region as a whole.

The President was speaking during a meeting with the visiting American Secretary of Health and Human Service, Mr Alex Azar and his delegation, which called on him at State House, Entebbe.

“The US has a strong Centre for Disease Control (CDC). During the first cases of Ebola in Uganda, we did not have the capacity to quickly diagnose the disease and we had to take it to Atlanta. The CDC also helped us build a modern laboratory where, within a few hours, samples are checked and confirmed. For that we are grateful,” he said. 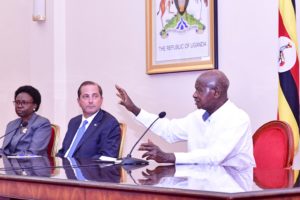 The US Secretary of Health and Human Services is in the region to assess the Ebola situation in Eastern Democratic Republic of Congo (DRC) and how Uganda is controlling the disease from spreading at the border with the DRC.

Health Secretary Azar, on his part, noted that Uganda has some of the finest public health infrastructure in the region saying he had the opportunity to visit the National Reference Laboratory that currently caters for the entire East African region, the Uganda Virus Institute and the Emergency Operation Centre.

At a joint press conference addressed by President Museveni and Health Secretary Azar, Mr Museveni commended the Government of the United States of America for the long-term support to the AIDS programmes and other health concerns that see America spend over US$500 million every year.

He revealed that Uganda has been able to fight off Ebola and other diseases like HIV/AIDS because of the good primary health care and communication that the government has with the people right from the grassroots.

“A government which has no linkage to the people is actually a public hazard to the community,” he said.

Health Secretary Azar, on his part, noted that the US was able to fund Uganda in health projects because the of proven capabilities of the Uganda Ministry of Health for it has been able to put up good isolation and screening centres for Ebola. He reiterated that the powerful delegation of top medical doctors that he had come along with was a sign of the commitment to Uganda by US President Donald Trump.

The Minister of Health, Dr Jane Aceng Ruth, thanked the US Government for financial and technical support to the health sector in Uganda. She observed that Uganda was able to combat Ebola because of the support from the CDC and the vast experience that Uganda has in treating Ebola patients.