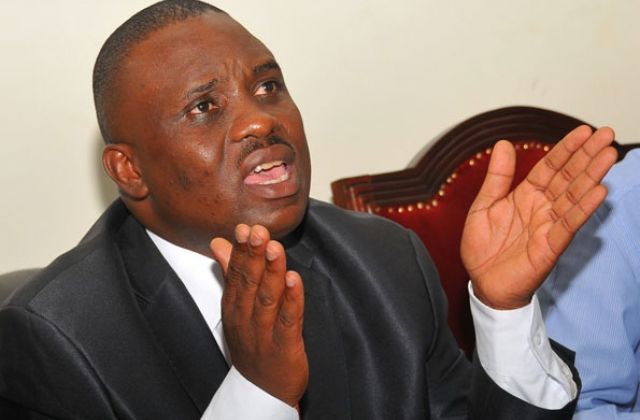 Kampala Lord Mayor Erias Lukwago has said that he doesn’t sympathise with Gen Kale Kayihura after he was sanctioned by the US government, arguing that many in the opposition suffered under his tenure as police chief. The US placed economic sanctions and a travel ban on Kale Kayihura for alleged human rights violations during his time as former Inspector General of Police.

Lukwago has come out to support the sanctions saying that it is now Kayihura’s time to payback for the suffering he brought on members of the opposition. Lukwago was appearing on popular morning show NBS Morning Breeze, where he couldn’t hide his joy.

“During his reign, our private parts were squeezed… he had us cry, restricted our movements. Which prison haven’t we been detained in? Unknown gazetted houses? He can’t say he was acting on orders from ‘above’. He has to own up,” he said.“ If you understand what we’ve gone through, and the magnitude of the challenges we are grappling with, you’d be in a celebratory mood right now,” he added.

Although Gen Kayihura has described as outrageous and comical the decision by the US government to slap travel and economic sanctions on him, Mr Lukwago said the former police chief’s defence is equally ridiculous.

“Kale Kayihura had taken a very low key profile and suddenly he comes out to pen a defence which he puts in the court of public opinion. Right now, Kayihura carries a tag of a very dangerous person globally. He is a social deviant. An outcast,” he said.

“I’ve heard him (Kayihura) say he doesn’t own property in the USA but that doesn’t matter because maybe his children might want to go there. I’ve heard him cry foul about the right to a fair hearing. For the first time, I see Kayihura standing passionately to defend the right to a fair hearing. There’s what they call command responsibility; you don’t need to have acted personally. As long as you commanded a force that unleashed terror, you’re culpable,” he added.

It must be noted that Kayihura and Lukwago had a love-hate relationship, with Kayihura’s men brutally arresting Lukwago or blocking him from leaving his home. At one time, his manhood was squeezed as they effected an arrest and his suit torn into pieces.