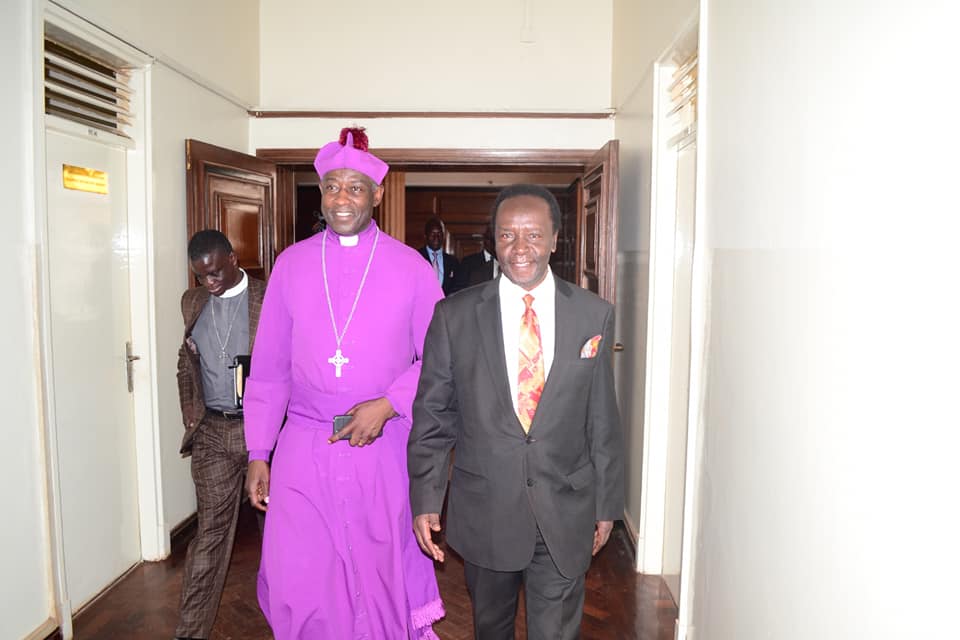 This afternoon, the Archbishop-elect of the Church of Uganda Rt. Rev. Stephen Kazimba Mugalu has paid an official visit to the Buganda Kingdom seat in Mengo.

The Archbishop while speaking about his visit said that he found it fitting as a son of Buganda to pay homage to his roots. He also said he had been supported by the kingdom for the last 12 years that he served in Mityana.

The Katikiro thanked the Rt. Rev. Stephen Kazimba Mugalu for his diligent service to his Kingdom and Church of Uganda which saw him fit to serve as the next Archbishop. He encouraged him to continue watching over the King’s subjects and being a fearless leader who will lead the church in this trying time. He wished him luck when he finally assumes office come January 2019.