CMI arrests NRM supporter who claimed he had been nailed. 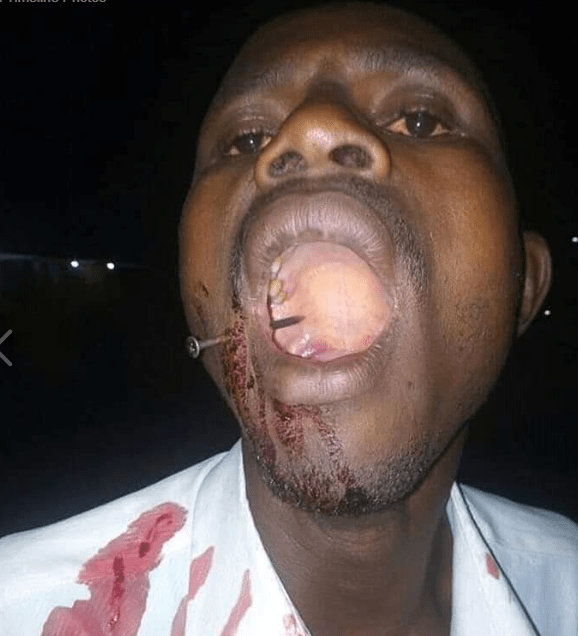 Police in Mbale have arrested a man for allegedly telling lies, claiming to have been nailed in the mouth for composing a song praising President Yoweri Museveni. The man has been handed over to the Chieftaincy of Military Intelligence (CMI).

Isaac Katoogo aka Ambassador Wa Yesu, a resident of Kiteeso cell in Namakwekwe ward in Northern division, claimed that three masked men intercepted him on Monday evening around Nkoma, a Mbale town suburb and drove nails through his cheek.

The Mbale Resident District Commissioner, Mr Sulaimani Barassa Ogajjo, said that the victim fabricated the incident in order to attract Mr Museveni’s attention. “I believe it was a fake deal. He wanted to get money from the government after claiming he was attacked,” Mr Barassa said. He added that a police surgeon examined the victim and found a minor scar on his cheek.

Mr Muhamood Masaba, the Mbale District NRM Party Chairperson told journalists in the Mbale Resident District Commissioner’s office Wednesday that the NRM secretariat in Mbale doesn’t know Katoogo. “After verification, we have confirmed that he is not our supporter. Therefore, in our district, we do not have any supporter or leader of the NRM party, who was beaten,” Mr Masaba said.

Katoogo’s case is the second, after a man in Bwaise claimed that people nailed his hands after finding him wearing an NRM beret. The man attracted the pity of NRM, with the party paying his medical bills. However, police failed to trace any suspects or witnesses, which made the incident look like a fabrication.