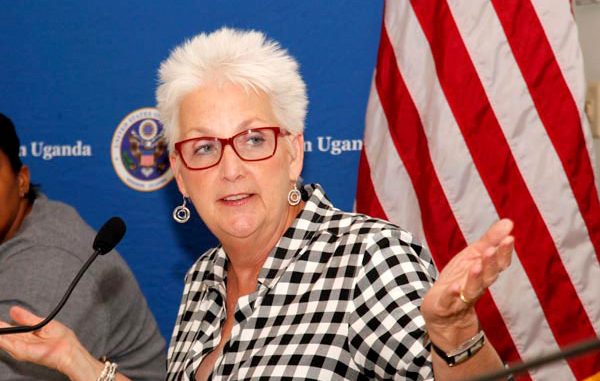 The United States (US) Mission in Uganda has appealed to parliament to uphold internal best practices and allow the use of cameras and phones at polling stations during the 2021 general elections.

In a brief statement issued on their twitter page, the Embassy says that the proposal by Electoral Commission (EC) to ban cameras and phones would prevent the media from providing effective election coverage.

“Ugandans deserve free, fair and transparent electoral process,” reads the statement. While appearing before the Legal and Parliamentary Affairs Committee last week, which collecting views on proposed electoral reforms, Electoral Commission Chairperson, Justice Simon Byabakama proposed a ban on the use of cameras at polling stations.

Justice Byabakama proposed that no person should be allowed to use a camera of any kind or recording devise inside a polling station during an election as a way of protecting the privacy of voters who wish to vote in secrecy. He proposed a penalty of Shillings 800,000 or two year’s imprisonment or both for any person found guilty of contravening the provision.

The proposal has already drawn sharp criticism from legislators and on the Legal and Parliamentary Affairs Committee and other political players. FDC Secretary General Nandala Mafabi said, “If we are improving cameras, I don’t know why the Electoral Commission doesn’t want cameras. I think that means there is something they want to do which is criminal. If it is (EC) is a transparent organisation, it should be one of those advocating for transparency. But if they say they don’t want cameras, then that habit of theirs which is going on must stop. We propose that cameras must not be prohibited.”