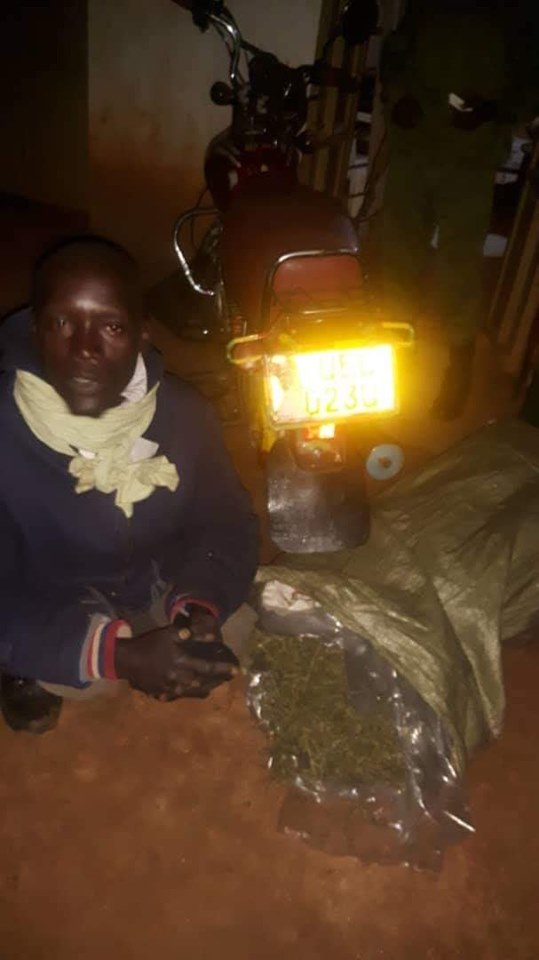 Police have arrested a man identified as Babigambe William, a 27-year-old Boda Boda rider after he was caught transporting a sack of marijuana.

William is a resident of Mutungo Zone 4 and he was stopped by a Police Patrol car on Kampala Road as he was riding a Bajaj Boxer motorcycle of Registration plate number UEL 023U laden with a heavy sack of what turned out to be narcotics.

William did not waste Police time and quickly admitted to being in the business of growing marijuana and trading it in Kampala. He told them it is his source of income and living. He also revealed to the Police officers that he has several shambas on which he grows marijuana at Mpambire along Masaka-Mbarara Highway.

William also told Police that his client base is in the areas of Luzira, Kitintale, Kasokoso, Kirinnya and Mutungo.

This arrest comes at a time when the government of Uganda has entered agreements with several companies for the growing of “medical marijuana” for export to several destinations around the world. These companies make lots of money from a plant that is definitely profitable. However, marijuana growing and sale still remains illegal in Uganda hence affecting small growers and farmers like William who would be benefiting from it.