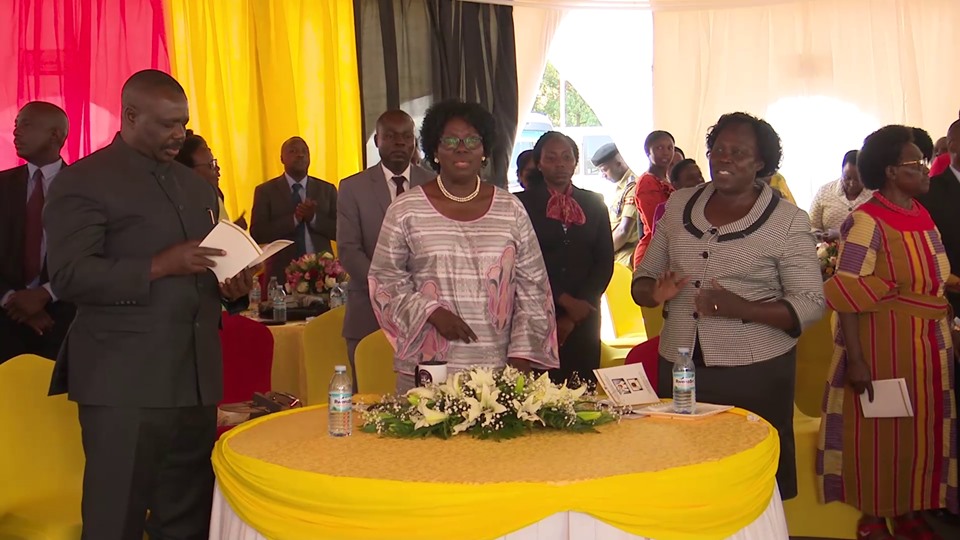 The Speaker of Parliament, Hon. Rebecca Kadaga yesterday came out and broke the silence over the cause of the ailment that almost cost her life earlier this year.

Speaking at a special Thanksgiving prayer session organized in her honour by Parliament and attended by parliamentarians and other leaders, the speaker revealed that she suffered a case of High blood pressure which almost cost her life.

Rebecca Kadaga further revealed that her high blood pressure was sparked off by the intensity of emotion and shock that she received on the discovery of the embezzlement of Shillings 24 Billion which was meant for the construction of Isimba Hydro-electric power dam.

The Speaker revealed that she underwent immense stress which led to the breakdown of her health hence requiring a long period of rest to allow her recovery.

The Speaker thanked God for saving her life and enabling her to go through the trying time. She also thanked members of parliament and other leaders who stood by her during this period.

The Speaker also noted that she is aware of certain people who were spreading rumours about her purported “death” or who did not wish her well. These according to her may have been some of the culprits responsible for the theft of the 24 Billion shillings meant for the construction of Isimba dam.