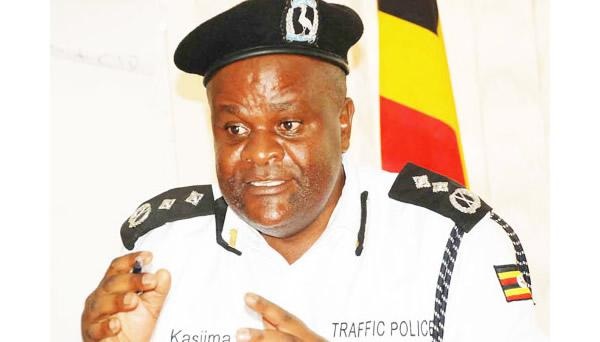 In the wake of increased road accident especially in Eastern Uganda, the Director of Traffic Police Dr. Steven Kasiima has directed traffic officers to restore operation ‘Fika Salama’ on all highways across the country.

Kasiima made the directive during a regional stakeholders meeting that was held in Jinja Town Hall. Dr Kasiima said that their decision to see the return of ‘Fika Salama’ followed the state of accidents which have been registered in the recent past, particularly in Busoga Sub-Region and other highways in the country.

“we have seen an increase in road accidents in this sub-region and the problem policemen are not serious. why is it that we have reduced them on other roads and not here? we have found out that they have forgotten, they leave in indiscipline drivers to go through, and we are not going to accept that,” kansiima said.

The meeting was attended by all traffic bosses and traffic drivers in Busoga Sub-region. Dr Kasiima accused his juniors of negligence while on duty which according to him is the cause of increased road accidents in Uganda. He, however, urged them to start ‘Fika Salaam’ operations on all major roads in the region, and hunt down all errant drivers, including a truck carrying sugarcanes which are in poor mechanic condition.

A number of fatal accidents have been recorded in the Eastern region in the districts of Kamuli, Namutumba and Bugiri.

Fika Salama was a traffic operation that helped bring back sanity on the Kampala Masaka highway that had become a death trap.