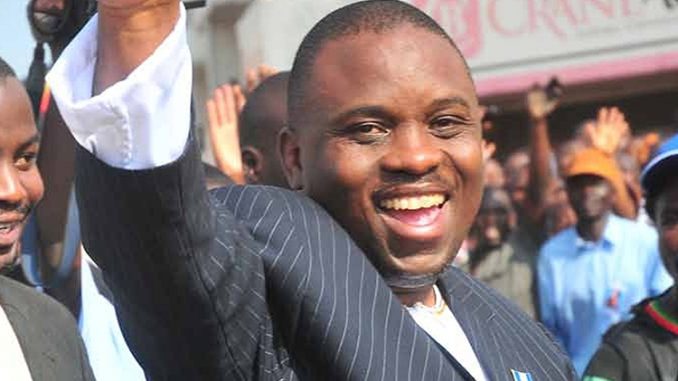 Kampala Lord Mayor Erias Lukwago has made it clear to the Public that he is over the moon ever since news broke loose that Former Police boss and Inspector General of Police Kale Kayihura was sanctioned by the US government over Human rights violations.

Lukwago noted that Kayihura’s sanctions were long overdue adding that he cannot at any one time stand with Kayihura as he goes through these tough times because he was the ring leader of impunity before he got dumped by his Boss President Museveni.

“With the impunity, we’re fighting in this country, why would I stand with Kayihura in these material times when we’ve tried our best to handle such issues before? I’m one of the lawyers who dragged Kayihura to court and we were told we were wasting time,” Lukwago said.

In celebration, Lukwago said that Kayihura must be punished for the command responsibility that unleashed terror on Ugandans.

“If Kayihura tortured Ugandans and now by the grace of God there is a silver lining on the dark cloud, why not celebrate?” he said.

Recalling the unforgettable incident Lukwago said that he almost lost his manhood when his balls were squeezed by Policemen in Uniform under Kayihura’s leadership trying to restrict his movements in the city.

“During his reign, our private parts were squeezed… he had us cry, restricted our movements. Which prison haven’t we been detained in? Unknown gazetted houses? He can’t say he was acting on orders from ‘above’. He has to own up,” Lukwago stated.

Last week the US government issued sanctions against Gen. Kale Kayihura over human rights violations that happened while he was serving as the Inspector General of  Police. The Sanctions left many People Jubilating saying that it was time he paid for his sins so that other people can learn from his mistakes.