Fisherman sue Government over torture by the UPDF 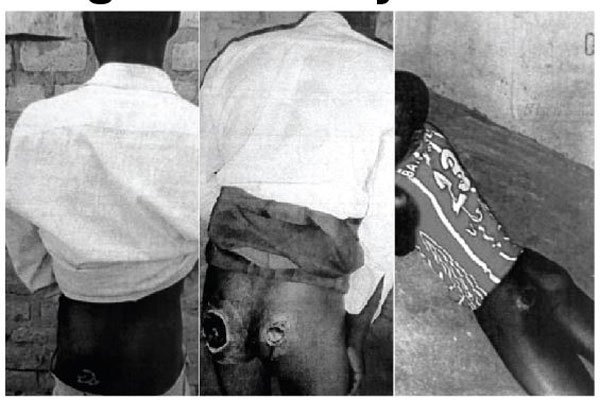 Through their lawyers at M/S Abwang Otim, Opok and Co Advocates, the fishermen submitted before the High Court in Lira District horrifying images of their colleagues being tortured on the shores of Lake Kyoga in Amolatar District.

Among the landing sites where UPDF is torturing fishermen include Nalubwoyo, Abeja, Amai, Muntu, Bangladesh, Namasale, Mbiko, and Kayago all in Amolatar District.

“The plaintiffs, at diverse landing sites, were brutalized and tortured with maximum deadly force,” the lawsuit reads, in part.

The suit was instituted against the Attorney General, Lt Col James Nuwagaba, and the commanders of the Fisheries Protection Unit (FPU), Capt Wilson Kandiho, and Lt Julius Ankunda.

Reports coming in establish that in April, leaders in the districts around Lake Kyoga under Lake Kyoga Integrated Management Organisation (LAKIMO), suspended fishing activities for two months to allow the FPU coordinate the registration of fishermen and their boats because the measure was aimed at regulating preventing illegal fishing activities.

In a meeting also attended by members of FPU at Amolatar District headquarters on April 9, the leaders endorsed several resolutions, including using only the recommended 28-inch boats.

Lt Hassan Ahamed Kato, the UPDF 5th Division spokesperson, on Tuesday, regretted the alleged torture saying that investigations into the matter had commenced because they aim at treating torture seriously.

Gen David Muhoozi, the chief of defence forces, while meeting leaders and fishing communities at Nalubwoyo and Bangladesh landing sites in Namasale Sub-county, Amolatar District, on August 12, said the army would investigate allegations of abuse.

“We have had a few challenges on how the operation has been conducted. We shall look deeply into those allegations and take appropriate actions on some of our officers,” Gen Muhoozi said.

In 2017, President Museveni ordered the deployment of UPDF at Major fishing sites following the declining fish stock on Lake Victoria but since UPDF took over, cases of torture have been rampant.