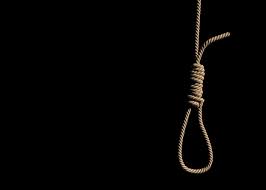 Residents of Barpama Village in Oyam District are in shock after one of their own committed suicide over a failed love affair. Reagan Opito, 24yrs, was a Senior Three student of Aboke High School in Kole District. He decided to take his own life after his girlfriend, a Senior Two student of the same school dumped him.

Opito left a suicidal note indicating that he decided to end his life because his longtime girlfriend had terminated their relationship. He was found hanging on a rope tied to a construction pole in his hut. His mother who had gone to check on him is the one who summoned relatives to break into the hut after she called him out and there was no response.

Reports indicate that Opito has been dating the girl since 2017 and he had promised to marry her. He has also been paying school fees for the girl. However, recently, the girl sent him a message saying she wouldn’t marry him.