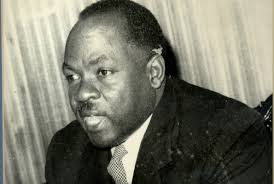 Chief Justice Bart Katureebe has asked Ugandans to use the annual Benedicto Kiwanuka Memorial lecture to not only commemorate his life, but also remember other Ugandans and foreigners who died for their values and beliefs.

He was speaking at 2nd Benedicto Kiwanuka Memorial lecture held on Friday morning at the High Court in Kampala where the first chief justice of Uganda was dragged from his court chambers by Idi Amin soldiers.

Justice Katureebe says just like the late Kiwanuka, many other people have been murdered with nobody being brought to book for their murders. Justice Katureebe, however, says that such deaths should not occur anymore especially where there is rule of law.

Justice Katureebe also called upon judges to be impartial and strive to always protect the people to whom justice is administered. He also appealed to the Justice and Constitutional Affairs minister Kahinda Otafire to address the issue of the continued arrest of suspects granted bail by security personnel within the court premises.

Speaking at the same event, retired Chief Justice of Kenya Willy Mutunga has praised the late Benedicto Kiwanuka as a resilient judicial officer who did not succumb to pressure from Idi Amin against his conscience in pursuit for rule of law and justice. Justice Mutunga added that politics and the rule of law cannot be divorced.

He also said that Africa was at crossroads and asked the judiciary not succumb to pressure from regimes and become slaves to the mismanagement of justice that people are entitled to.

Benedicto Kiwanuka was the founding chairman of the Democratic Party. He was murdered by Idi Amin’s soldiers who picked him from his chambers at the High Court. To date, the whereabouts of his remains are unknown.